» » Archives for Education for Change

This shipment has arrived! Click here to read more.

Benin, bordered by Togo and Nigeria in West Africa, is rich in natural beauty but is one of the world’s poorest nations. Many of the nation’s 11.5 million people still lack access to basic social services and are dependent upon subsistence farming, which is threatened by climate change, further endangering already fragile livelihoods.

Our partners work at the grassroots to empower women and youth with skills and support that will lift them out of poverty. We shipped to this group several years ago, with goods like sewing machines, furniture and computers, which allowed them to make such improvements as:

• Doubling the capacity at a care home for children, by expanding the facilities using furniture and other goods from the shipment

“Thanks to the support of Crossroads Foundation, our NGO has experienced a real change in terms of its services and the quality of its work for the people it supports in Benin,” they wrote. “But more areas and populations are waiting to be reached and affected as well.” The second shipment will allow them to expand their services into more remote communities in desperate need of help. 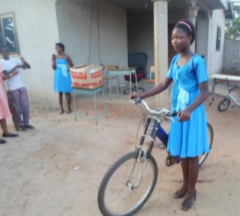 Grace, in 3rd form, is a grateful recipient of a bicycle from Crossroad’s previous shipment. It was hard for her to get to school on time, traveling on foot, and she was often late for class even if she left home early. Having a bike has dramatically reduced her commute and made it that much easier for her to stay in school and improve her future. This shipment will include goods for students like Grace whose education is suffering for lack of basic resources.

Goods from this shipment will help our partners reach more people like Grace. 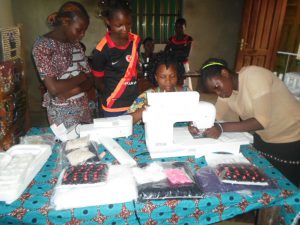 As an unemployed widow in a rural area, Martine (above) was finding it very hard to climb out of poverty. Now that she’s learnt sewing skills using the equipment from Crossroads’ 2016 shipment, she’s been able to take on small jobs and can now afford to buy clothes for herself and her children, and feed them properly, as well as pay for their health and education

This shipment includes goods to help administer the training programmes (below) that changed Martine’s life, so that more women can move from just surviving, to a life of stability for them and their families. 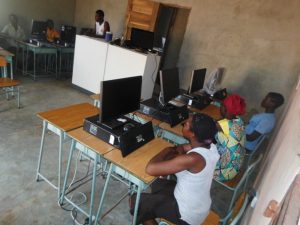 Computers and furniture from the shipment have set up a community computer centre, where youth can now access the internet, use computers for their schoolwork and learn skills for better employment opportunities

Benin’s beautiful and fertile landscape holds great potential for its people, but low literacy and education, and poor infrastructure, make it difficult to break out of poverty. . 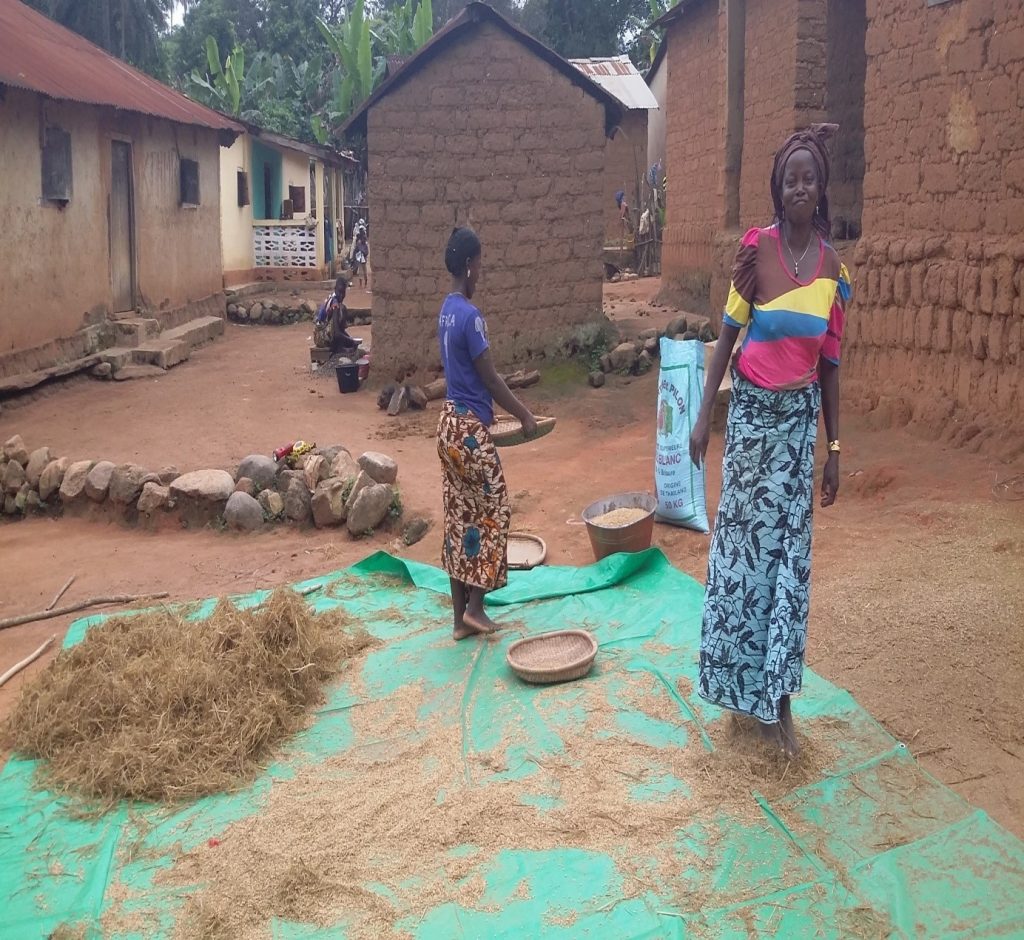 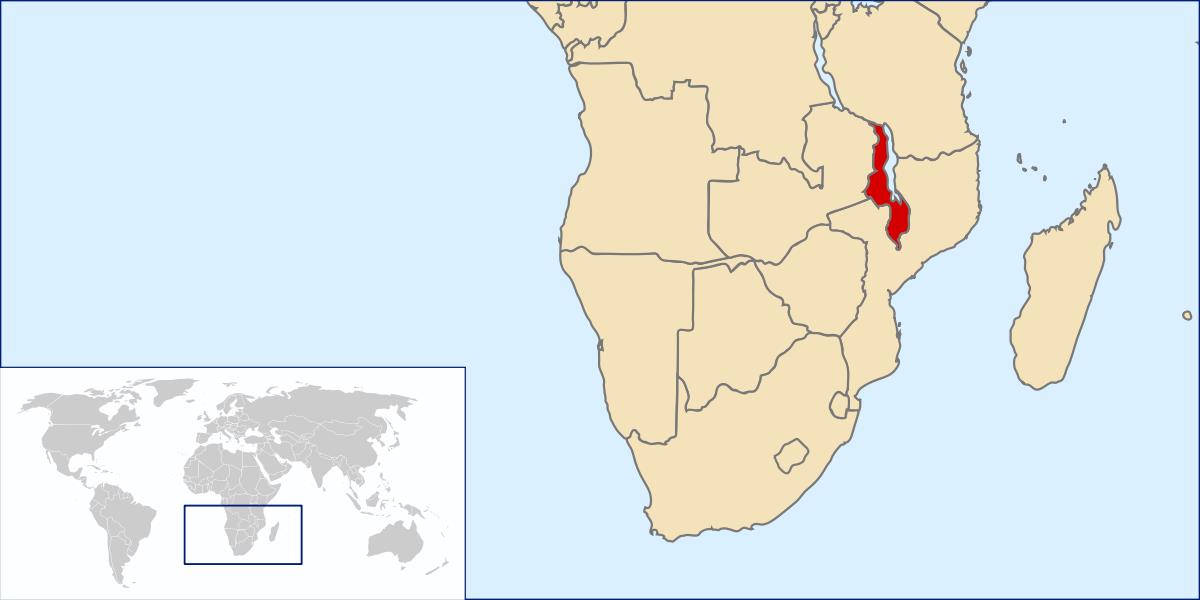 Landlocked Malawi is sometimes called the ‘warm heart of Africa’, for its culture of hospitality, however, the nation ranks among the world’s least developed countries. The country’s economic performance has historically been constrained complex factors including poor infrastructure, high population growth, and poor health and education outcomes that limit labor productivity.

The economy is predominately agricultural with about 80% of the population living in rural areas.

» » Archives for Education for Change

Offuman is an area in Ghana where poverty has meant that many people were never able to receive a proper education. Local communities have traditionally been dependent on agriculture and there has been little opportunity for people to pursue other goals or talents. Parents are aware of this, and they want to send their children to school so that they can access better opportunities in the future. But poverty remains a problem, and many families are lacking even basic necessities, therefore they cannot afford to do this without support.

Our local NGO partners in Ghana are an educational charity whose goal is to develop the leadership, skills and opportunities for young people to build up their communities. Their target is to help people break the cycle of poverty through education, in the hope that each child who is educated in the community will help others to learn the confidence and skills to build their own road to success. Through their schooling programmes, our partners are trying to create autonomy and community-directed practices that will lead to a sustainable future for many generations to come.

“We received enough boxes of books to build a small library within our technical training college. These books are a fantastic addition to our collection and this will be Offuman’s first and only library!” – NGO Director 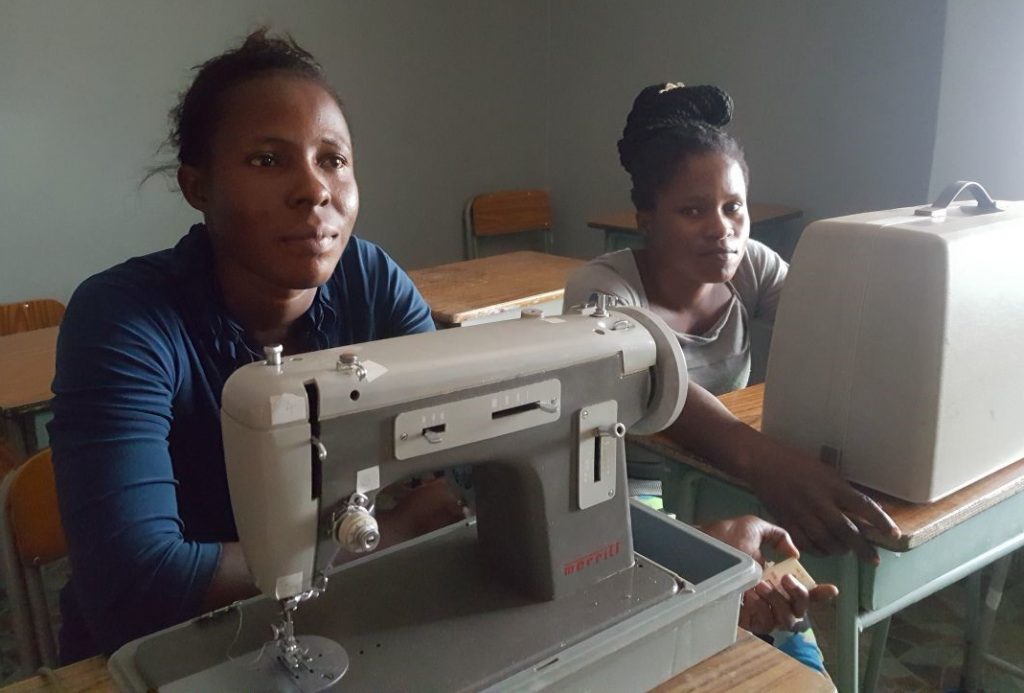 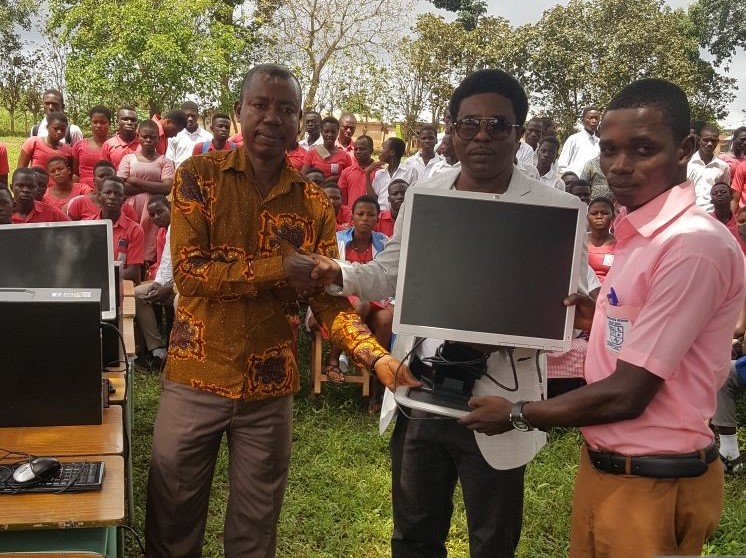 (Above 1st) The first students enrolled in our partners’ new sewing workshop prepare for their classes to begin. (Above 2nd) A local principal and one of his students gratefully receive the donation of computers to their school. 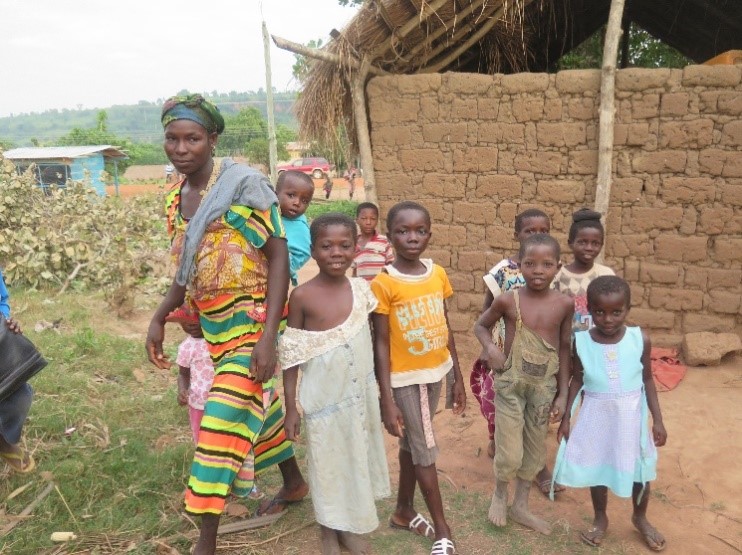 (Above) One of the local families who received a donation of clothes from this shipment gathers outside their home.

The goods that our partners received in this shipment have made a significant impact on their work and have provided a real benefit to local communities in Ghana. Here just a few examples of how they have been put to use:

Our partners estimate that this shipment has had a direct beneficial impact on 3000 people in the local community already, and this will only increase as the goods continue to provide a service for years to come. 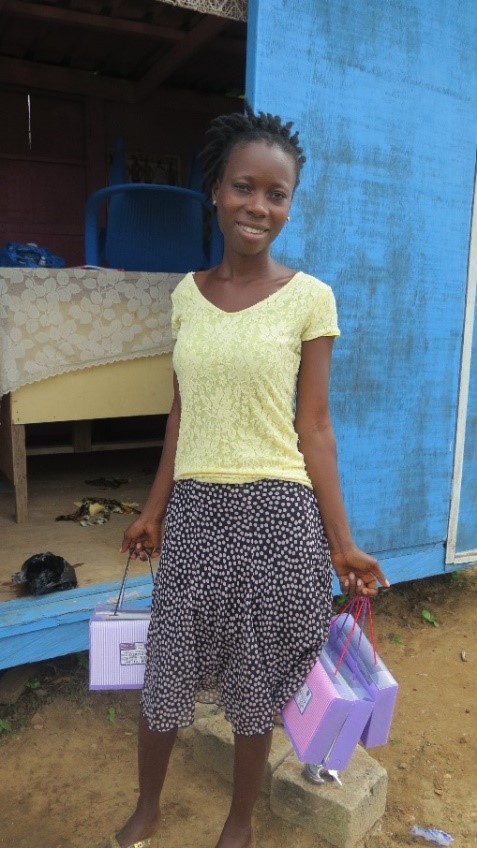 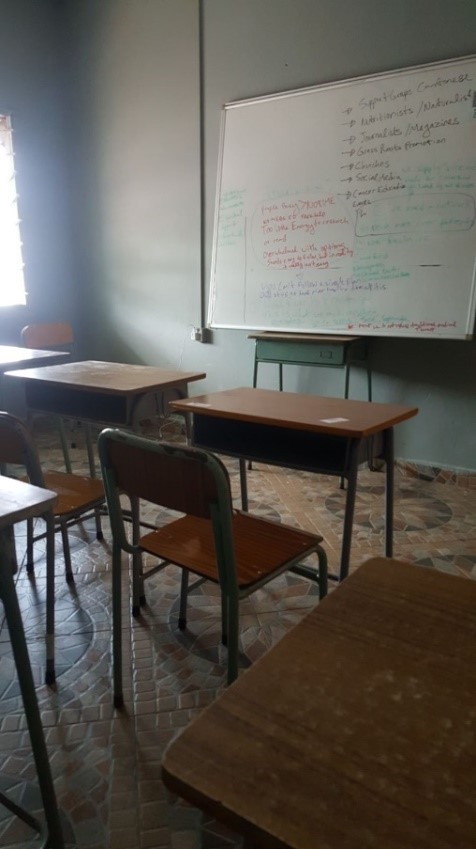 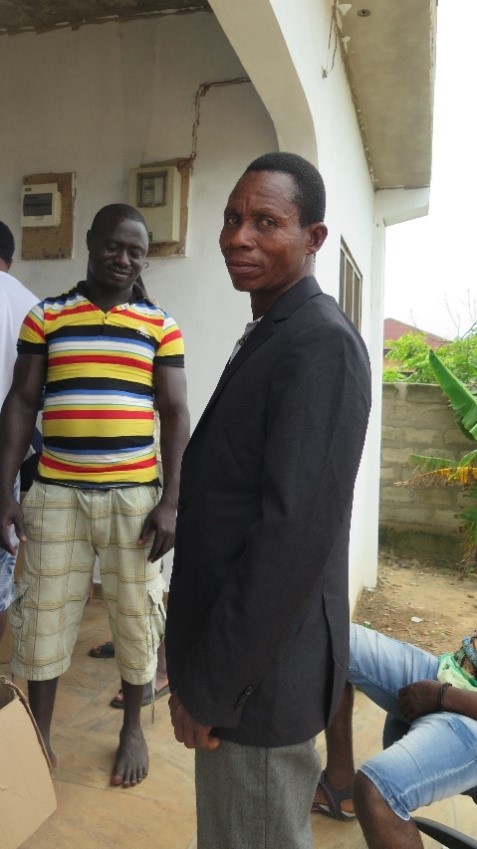 (Above 1st) The class leader for the new sewing workshop poses for a photo before her first class. (Above 2nd) New desks and chairs are in place and ready for students at our partners’ college. (Above 3rd) School staff benefited from professional clothing from the shipment. 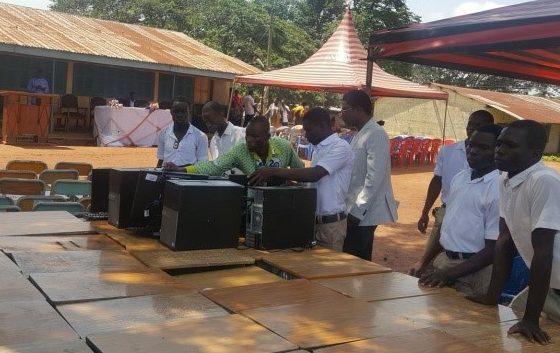 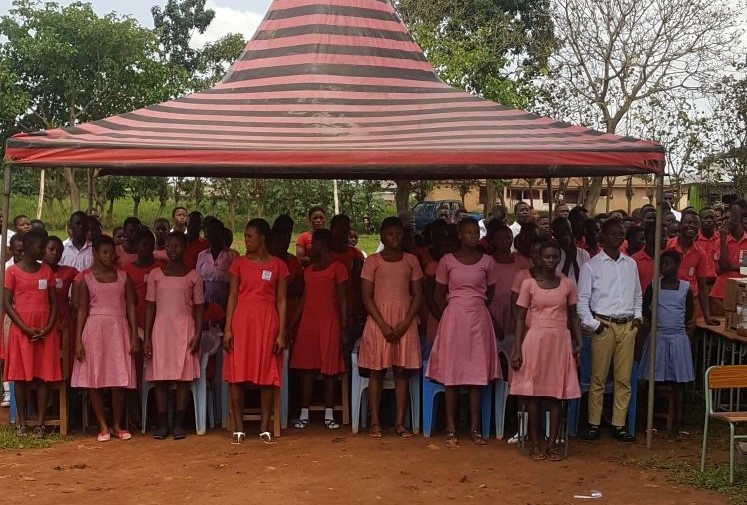 (Above 2nd) Students from a local high school gather to receive goods donated to their classrooms.

Toys and desks are unloaded upon arrival, ready for distribution. 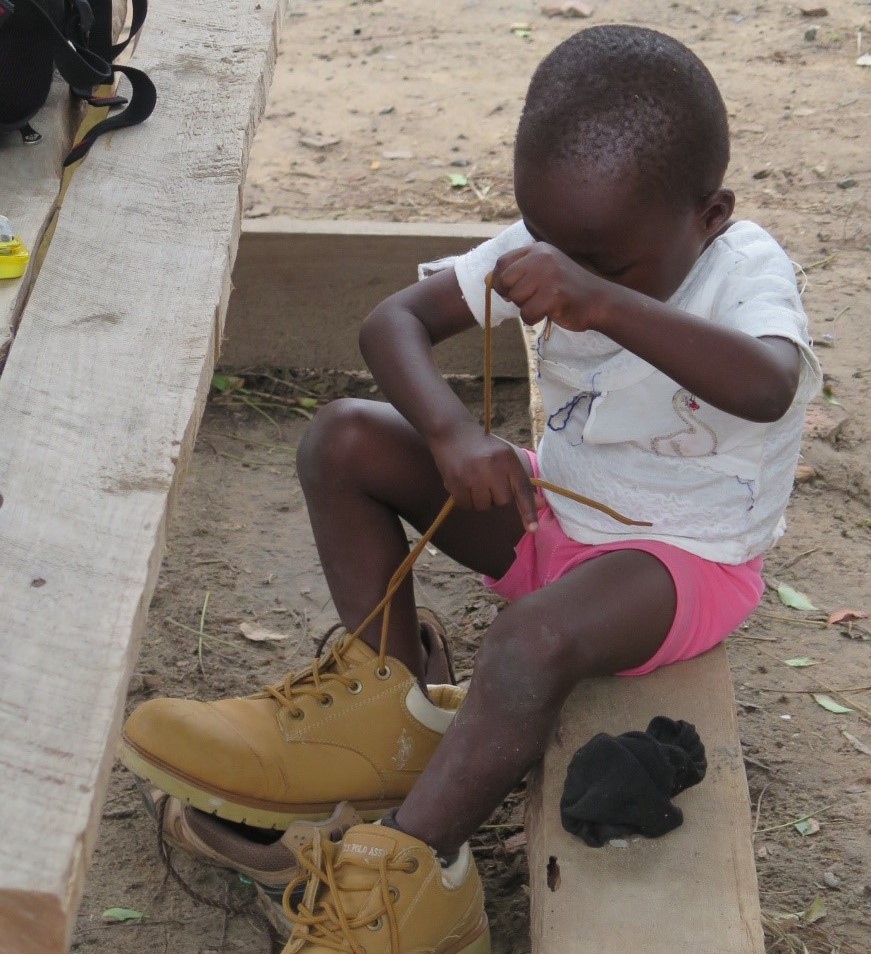