‘Ming’ is a teenaged boy like so many in Hong Kong. He studies hard and is pressured by his parents, as well as himself. Trying to escape the stress, he begins drinking in Wan Chai bars and meeting girls, but it’s one fateful one-night stand that potentially changes Ming’s life forever. That night passes in a blur, and is quickly forgotten by Ming until, some years later, his new girlfriend, this time a serious relationship, becomes pregnant, and then very sick. At first, the young couple thinks it’s the pregnancy making her sick, but soon a blood test reveals the horrifying truth: Ming’s girlfriend is HIV positive. The revelation forces Ming to confess his one-night-stand and to ask himself, could really be possible that he contracted the disease from her and infected his girlfriend, not to mention their baby?

Ming’s story is fiction. His is one of four life stories told in Crossroads’ HIV/Aids experience. However, the essence of his story is absolutely real for many in Hong Kong. The latest government report states that in Hong Kong, around 7000 people are HIV positive, and 1500 are living with Aids. In 2014 alone, 600 new people contracted HIV and more than 100 developed Aids. HIV/Aids cases in Hong Kong are rising.

Recently, the statistics were brought to life for a group of employees from Gilead, a pharmaceutical company, when staff took part in Crossrodas’ Aids X-perience. Gilead provides HIV medications to around 7 million people around the world, often at low cost but for some of the staff, hearing stories like Ming’s brought a new perspective to their work. “I was surprised it actually doesn’t matter from which country you are,” commented Inverleith, of Gilead. “I was really impressed by Ming’s story. He was so young and unaware. Overall I think there are so many circumstances in which you can get HIV and have no control over it.”

Sherry, another Gilead staff member, was also struck by seeing the illness from another side. “It was great,” she said. “I really liked the setup of the rooms where you could see and listen to the different stories about HIV/Aids. It covers everything. It doesn’t matter if you are a boy, a mother, a father, or a girl who is a prostitute. After seeing and listening to some of their stories I felt sad and sorry for them.”

For many of our Aids X-perience participants, going through the simulation raises questions as to what they can do about the problem. However, for Sherry the answer was clear. “The experience makes me even more proud about my job. It’s great to have a job that enables me to help people who are having HIV. Watching and listing to these personal stories encourages me only more. I’m only working a year for Gilead now and before I started working, I thought HIV was just a scary disease. But I now I know it`s something that can happen to any person.”

Inverleith felt even more proud of her job by going through the experience. “So far there are only medicines that can suppress HIV, not cure it. Seeing these stories makes it only more clear to me that it’s very important to improve HIV/Aids medicines even further to save the lives of even more people.” 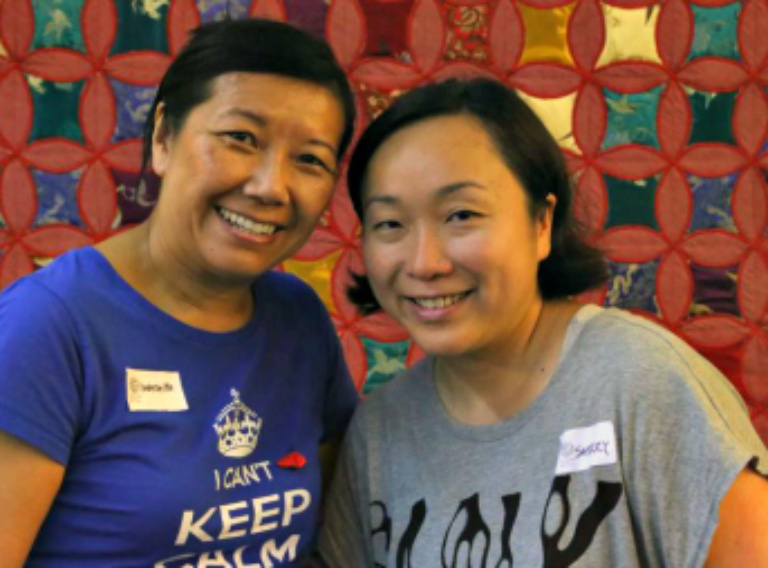