Even though Fiji is a beautiful country, poverty is widespread, particularly in rural regions. 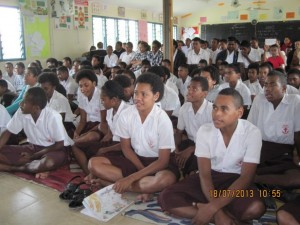 Fiji might be a tropical paradise, but for many of the nation’s impoverished children, life is no holiday. The community where Crossroads’ partner NGO runs a school is facing deep poverty and high unemployment. This often leads to alcohol abuse, gambling and domestic violence, so that besides teaching their students, school staff often deal with problems the children bring into the classroom from home. The school addresses these problems by engaging not only the children but also their parents. Currently they are extending the school with five new classrooms, to ‘set an example for all Fiji schools’. 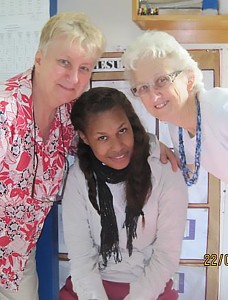 Laisani (left), a Form 3 student, was badly burnt when the kerosene stove exploded at her home. Her family was reluctant to seek medical help for her as the traditional medicine man threatened to put a curse on the family. Laisani badly needed medical treatment, so staff from the school visited Laisani and her parents. The care and concern of teachers and students gave Laisani the courage to continue with her studies despite the disfigurement from her injuries. She is now healing well. 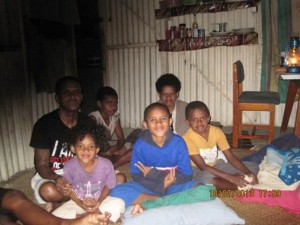 Virisila (left) is a sensitive and compassionate student, gifted in music and dance, but violence at home made it hard for her to concentrate at school. Her father was constantly angry and wouldn’t give permission for her to take part in extra-school activities. She asked a teacher and volunteer to visit her family and talk to her father. When they came, Virisila’s father had the opportunity, for the first time ever, to tell his story in front of his family. He had experienced a lifetime of rejection, emotional deprivation and pain. The father asked how he could find peace and relief from the anger he felt. A time of family forgiveness and healing followed. Now, Virisila feels greater self-confidence, an increased ability to concentrate and a desire to succeed. The entire family is happier and healthier, thanks to reconciliation efforts of her school.

This shipment will include furniture and equipment to help give a rich, holistic education to vulnerable Fijian children. 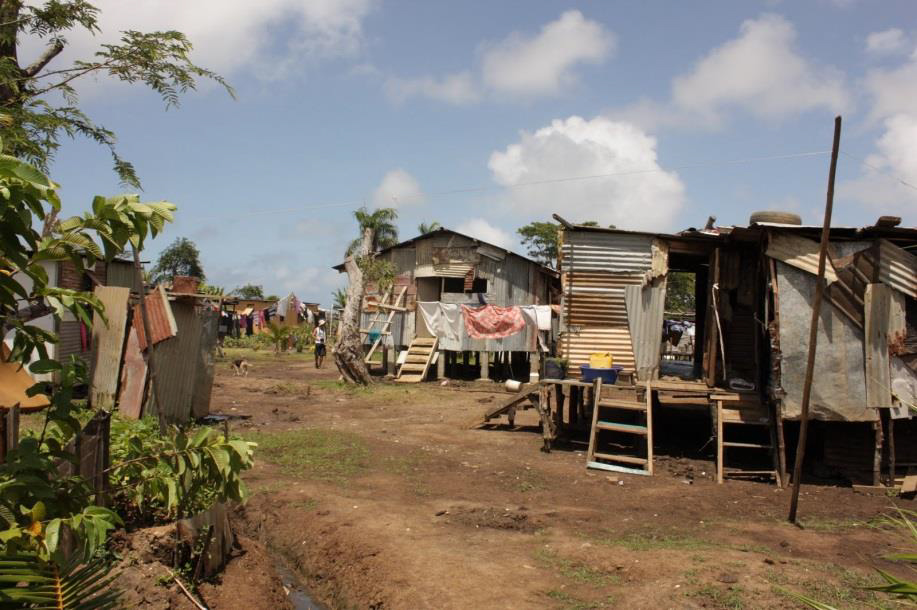 Population: around 850,000
Capital: Suva
Population living below the national poverty line of US$3.3 per day: 45%

Compared to its neighbours, Fiji is relatively well developed, though it is the 61st poorest country in the world, comparable with the Philippines.

Fiji consists of 332 islands, of which 110 are inhabited.

Fiji’s main island is known as Viti Levu and it is from this that the name “Fiji” is derived. 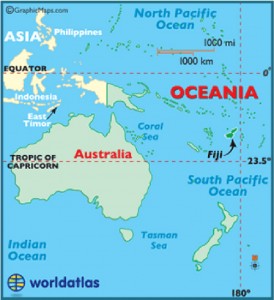 Far from the bustling capital city, many villages in Zambia’s countryside are struggling to catch up to the nation’s growth. In this shipment’s target area, people earn their living through subsistence farming, growing maize, pineapples, cassava, bananas, and beans, but only enough to feed their family. Finding extra money for more nutritious food, medicine for a sick child or further education is impossible for many.

“Many children walk almost naked, because they have no clothes, even as areas are growing, children are leaving school, only to end up not doing anything.” wrote our partner NGO. 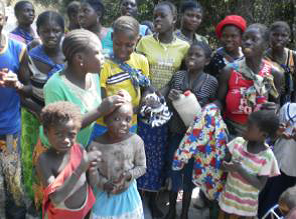 Crossroads’ partners are helping their community of 25,000 move out of this hand-to-mouth existence by teaching better farming methods, new business skills,   training young people in computers, supporting village schools and equipping health clinics. They have asked us for a shipment of goods that will boost and grow their education and community development programmes.

74.5% of people in Zambia live below the international poverty line of US$1.25 per day.
40% of children are involved in some kind of child labour
1.1 million people are living with HIV. 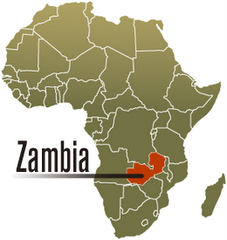 Children from a Ugandan slum district have their library bookshelves full for the first time, after a shipment from Hong Kong delivered boxes and boxes of books along with goods to boost the entire community.

It’s hard to fathom how much suffering people in this region like Maama Zawedde have seen. A widow herself, Maama Zawedde now takes care of orphans who lost their parents in Northern Uganda’s horrific conflict, as well as encouraging and supporting countless others displaced by the conflict. 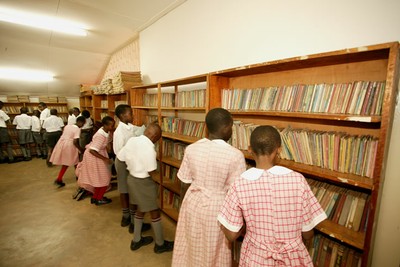 It’s children like Maama Zawedde’s charges who benefited from the school library and other school equipment sent in the container from Crossroads (above).

While Maama Zawedde’s heart couldn’t be bigger, her resources are paltry. She tries to care for her charges as well as she can on almost no income, and often goes hungry.

When aid workers offered the elderly woman some new clothes for herself, she could hardly put together her thanks. “I am speechless,” she said. “New clothes? Not old! New shoes,  toys… I just cannot say  anything.” 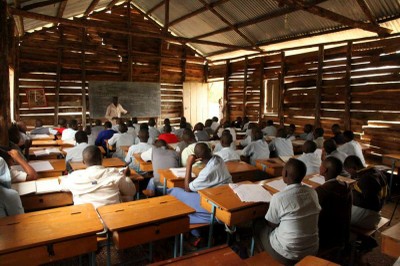 “She shed tears of happiness,” said aid workers. “It was the first time she had experienced such a donation from anyone”

“We cannot express our happiness to you but we shall keep saying to you a very BIG THANK YOU,” wrote our partners after receiving Crossroads’ container. “We have distributed more than half of the goods received and the people here are so happy.”

We have several international shipments ready to set sail and waiting for sponsors! Your company, club, organisation or family can make a  shipment happen. 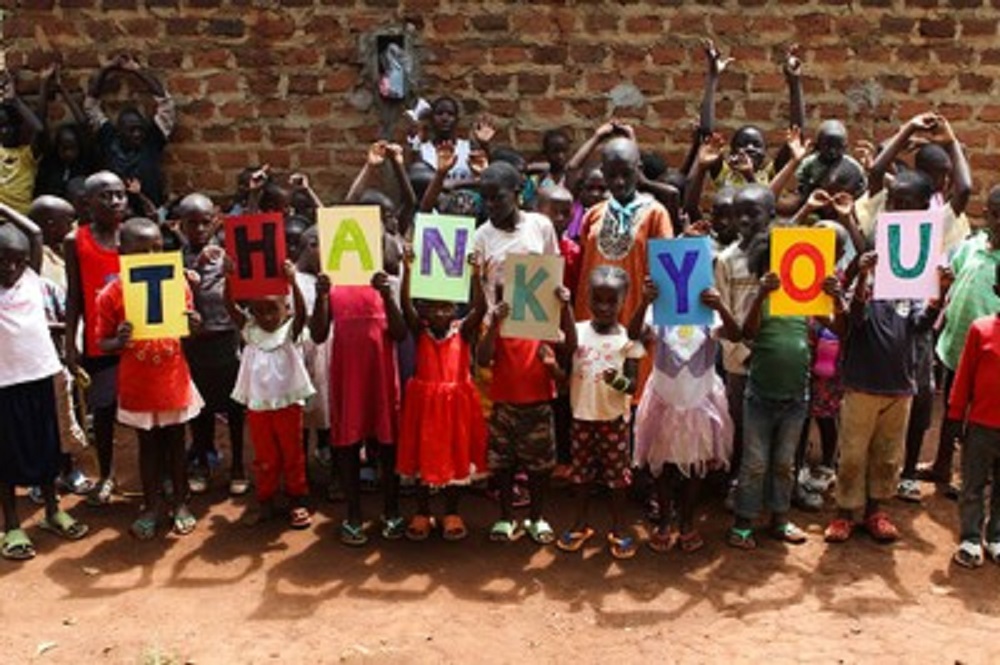