It is a truth that we meet every year, but never get used to: that unexpected disaster which caught a population off guard. And there is a matching truth just as painful. While disasters strike rich and poor alike, it is the poor communities who are hardest hit, by a very wide margin. Both realities grieve us.  We can never get used to either.

That is why we resonate with those who say that, surely, we can keep our human race safer. We can increase early warning alerts, be better educated on what to do, construct safer buildings, locate populations more wisely. The list is massive. We can’t stop hazards threatening our planet but we can reduce the risk that they will turn into such damaging disasters.

After the tragic tsunamis that shocked the world on Boxing Day, in 2004, the United Nations gathered world leaders in Japan to lay out a framework that could help keep nations people safer and more resilient. That was in 2005. In 2015, that framework was reviewed, again in Japan, with the wisdom of ten years’ experience. Crossroads was invited to attend and to speak about the new Disaster X-perience we are developing, at the UN’s request.

It delights us to support any measure we can in order to make the world safer and its people less vulnerable. 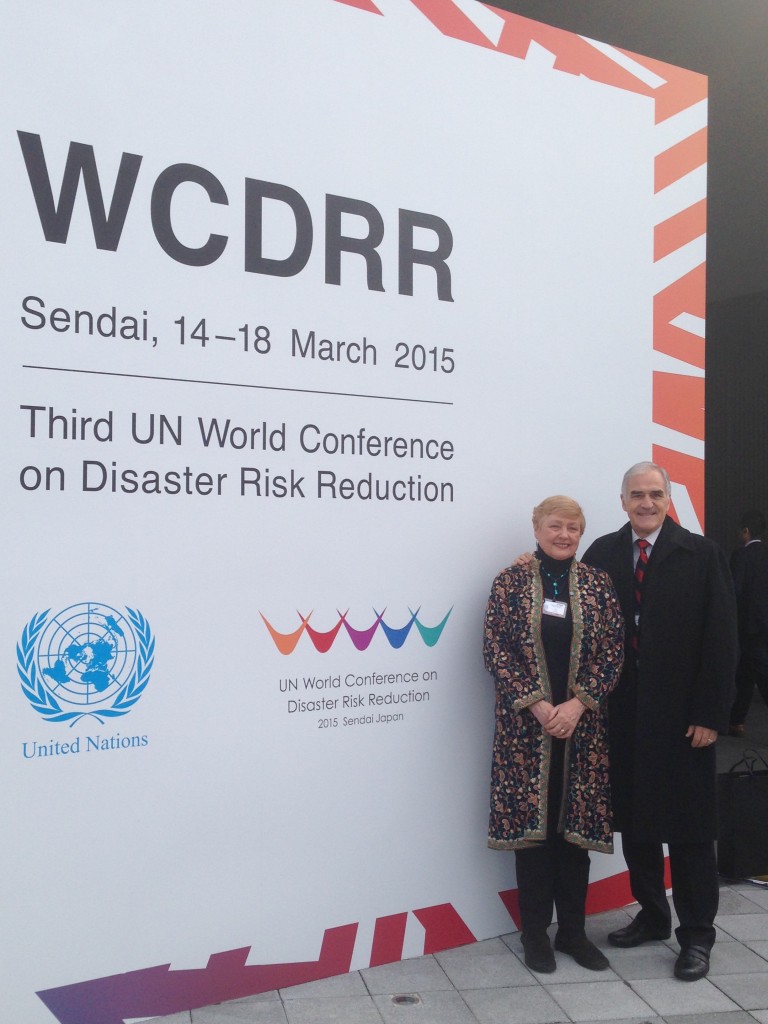