If you saw the movie, Hotel Rwanda, you’ll remember its searing agony. The pain was almost palpable.

There was a deeper tragedy, though. A journalist in the movie captured it well. People, he said, would see the suffering ‘and say “That’s horrible” and then go on eating their dinners.’ He was right.. The Rwandan genocide, in 1994, saw 800,000 people killed while we, globally, largely turned our backs.  One of the worst aspects of war is that we get ‘used’ to it.

The pain of Rwanda’s refugees has continued from that day until now. So has the need for help. In 2004, some of our team happened upon Rwandan refugees living in Kenya. Although ten years had passed since the end of the war, they were still unable to go home. Today, many remain.

How can they survive? Many lost everything in the conflict: family, home and possessions. The one thing war could not take, though, was their tradition. So these enterprising Rwandans put their age-old skills to good work and created cards and crafts to sell, distributed through NGOs around the world. In Crossroads, we have sold their highly original work ever since we met them, helping generate income for them, on a fair trade basis. A big seller has been their fascinating Christmas sets, made with stunning character and ‘packaged’ in a gourd from their region.

We often say, at Crossroads, we invest ‘for life’.  It’s been a decade since these Rwandan refugees started selling through us and they continue to today. Ten years is not a long time in the aftermath of war. 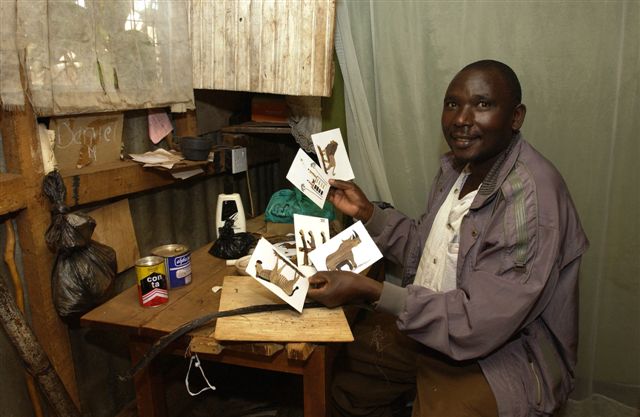