Esther, of Hong Kong, wasn’t born blind. She was three years old when an episode of measles took most of her sight, but it wasn’t until she was an adult that glaucoma claimed the rest.

“At the beginning, I couldn’t accept that this happened to me. I was scared. I didn’t dare go out,” Esther says, “but then I realised that if I stayed home for the rest of my life, it wouldn’t help.”

Upon receiving the bitter news ten years ago, Esther decided to undergo skills training. Today, Esther is one of four guides we employ to run our Blind X-perience. She leads thousands of business people , students and others from the community. When they first step into the darkness, people feel afraid,” she says. “But they tell me, as soon as they hear my voice, they feel comfortable and safe.”

Esther is painfully aware of the employment challenges facing people with visual impairment. “I know many blind people who can’t find a job,” she says, “even if they are university trained.” Having this part time job in the Blind X-perience is more than just welcome extra income, though. Esther loves letting visitors ‘x-perience’ the challenges of visual impairment, and the empathy that comes from stepping into those shoes for just 45 minutes.

“People tell me after this experience that now they understand blind people a lot better,” Esther says.

She also gives participants a glimpse of what life is like for the visually impaired in poorer parts of the world. For blind people in a Nigerian village, upon which the Blind X-perience is based, there is no such thing as special schools for the blind, talking computers, braille books or even proper canes.

Esther’s outer eyes may no longer work, but her insight is profound. We are deeply grateful for this talented, dedicated woman and her fellow Blind X-perience guides. She does a brilliant job opening the eyes of those of us who already thought we could see. 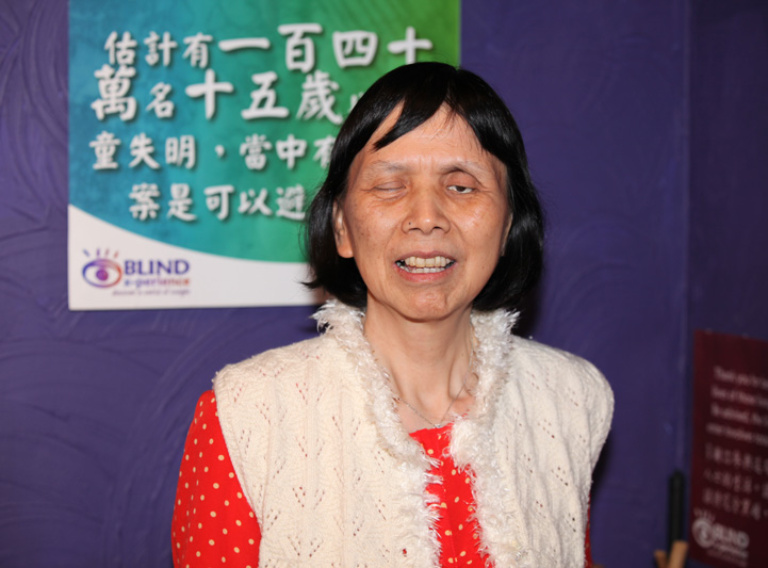