Life is a struggle for Wang Ping Fen and her husband. They live with their three children in the mountains of Yunnan Province, where sweeping craggy slopes meet the vibrant colors of Yunnan’s many ethnic minority cultures, brimming with embroidered textiles, different dialects and traditional dance and song. While rich in cultural heritage, it’s an area that sees great material poverty. Many families like Wang Ping Fen’s survive on a salary of less than US$50, leaving them vulnerable to disease, malnutrition and poor education.

Someone once asked Wang Ping Fen what her greatest desire was. Her answer was simple: she wished to own a sofa – a soft and comfortable place to sit at the end of a long day’s work in the fields. The humble dream became a real possibility, when Wang Ping Fen was given the chance to join a project called Threads of Yunnan. The hand-embroidered ornaments, homewares, jewellery and cards, designed with a modern international market in mind, are inspired by the beautiful traditional designs and motifs of the different minority cultures of Yunnan.

After some time making handicrafts with Threads of Yunnan and carefully saving her earnings, Wang Ping Fen was able to purchase her sofa! Delighted as she was, however, there was something she earned that was even greater. Before taking on the handicrafts job, Wang Ping Fen couldn’t read, write or do basic arithmetic. Threads of Yunnan offered her the chance to take part in their educational and development programs. When, at last, Wang Ping Fen wrote her name for the first time, she had tears in her eyes.

You can see the handiwork of the craftspeople employed by Threads of Yunnan in our Global Handicrafts shop, where we stock embroidered hanging ornaments, greeting cards with lift-out decorations, jewellery and bags. 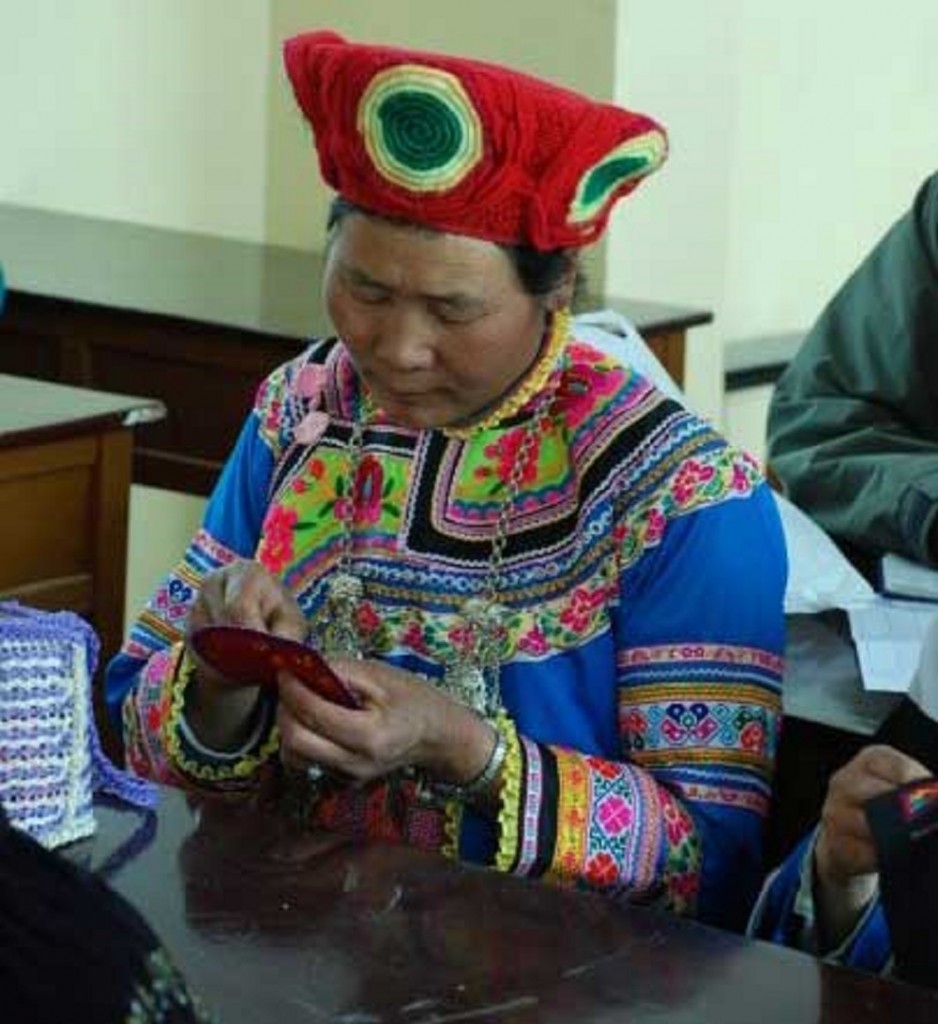 Huong grew up in a rural Vietnamese village where the odds were against her. Her father had died when she was...