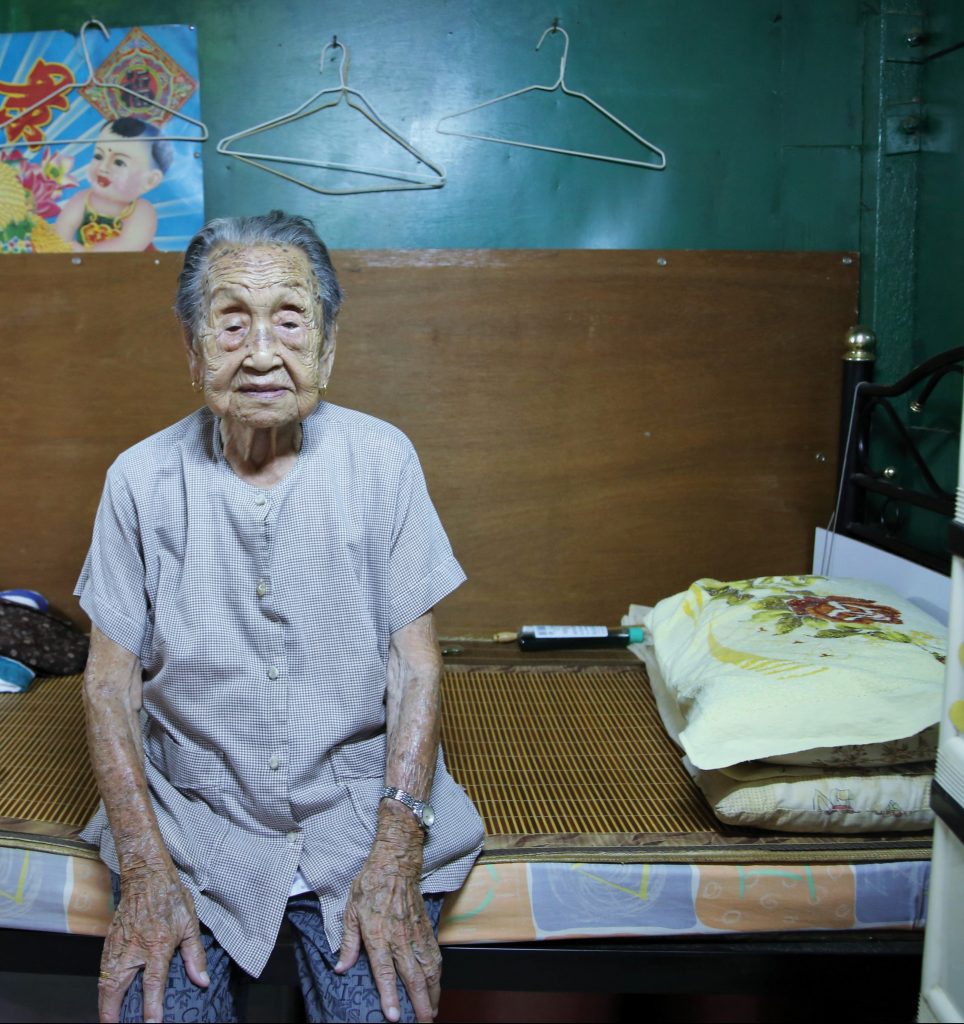 At 95, Mrs Kan has seen many chapters of Hong Kong’s history. She lives alone in Tai O, a traditional fishing village, by a river, lined with rickety wooden homes on stilts. When the fierce winds of Typhoon Hato swept through, in August 2017, Tai O was a vulnerable target. Its population is largely older people, these days, as many of the younger generation have moved closer to the city.  So Mrs Kan and her elderly neighbours rely on each other in times of need, not always easy given their advanced age and limited mobility. When this massive storm hit, the community watched in fear as flood waters rose higher and higher, damaging their homes, their appliances and their furniture.

Initially, it seemed impossible to replace what the storm had damaged. Mrs Kan lost a washing machine and a fridge. 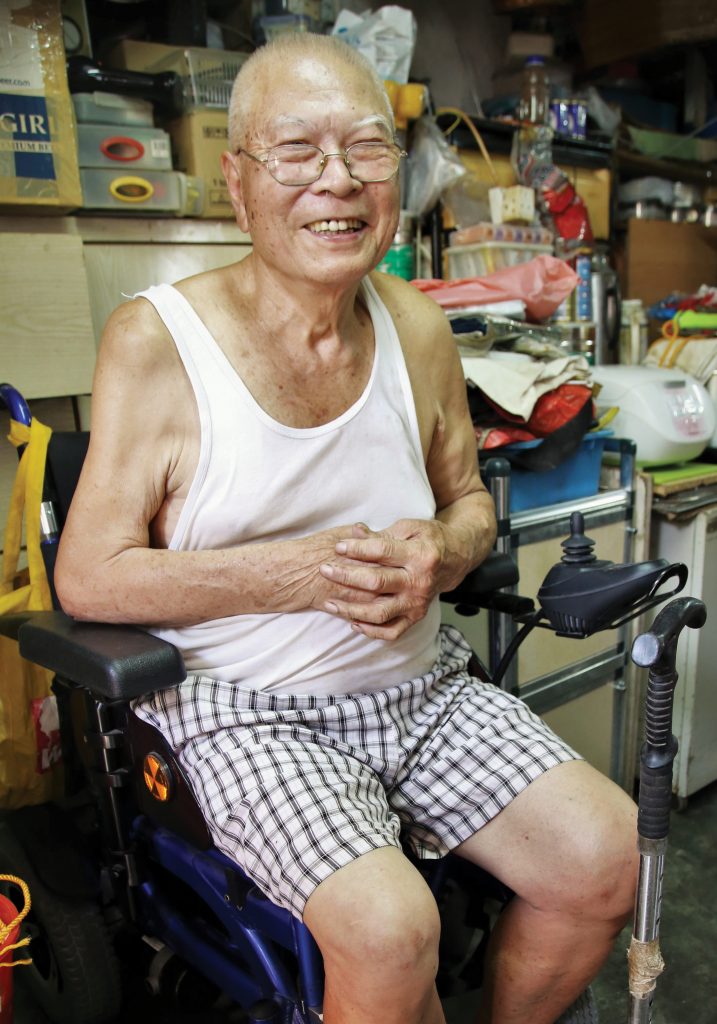 Her neighbour, Mr Kwan, is 87 years old. He, like her, lives alone and since suffering a stroke, has had trouble moving around.

“The water went above my knees,” he recalls. “I was not able to move, and some of my neighbours called the fire department to help me.”

Thankfully, he was rescued, but he lost his fridge, washing machine and most of his furniture.

Crossroads ran a campaign to source electrical goods and other needed support. The response was immediate and overwhelming! Several businesses and individuals leaped to help, offering to fund or supply what we needed. When our team went out to Tai O to deliver and install the goods, residents recognised our red Crossroads t-shirts calling out, “Thank you, thank you!” as our volunteers pushed heavy appliances along the small lanes.

Mrs Kan herself was pleased to see her washing machine and fridge replaced, as seen in the first picture below. Mr Kwan, and other neighbours also received electrical goods and our staff helped install and connect them (2nd picture below). 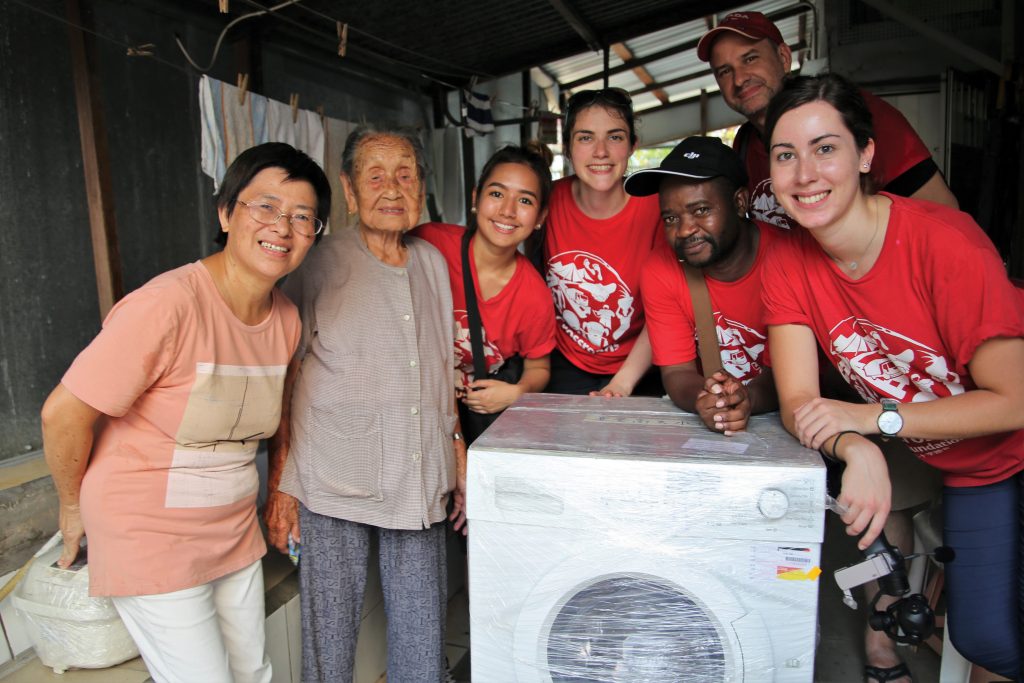 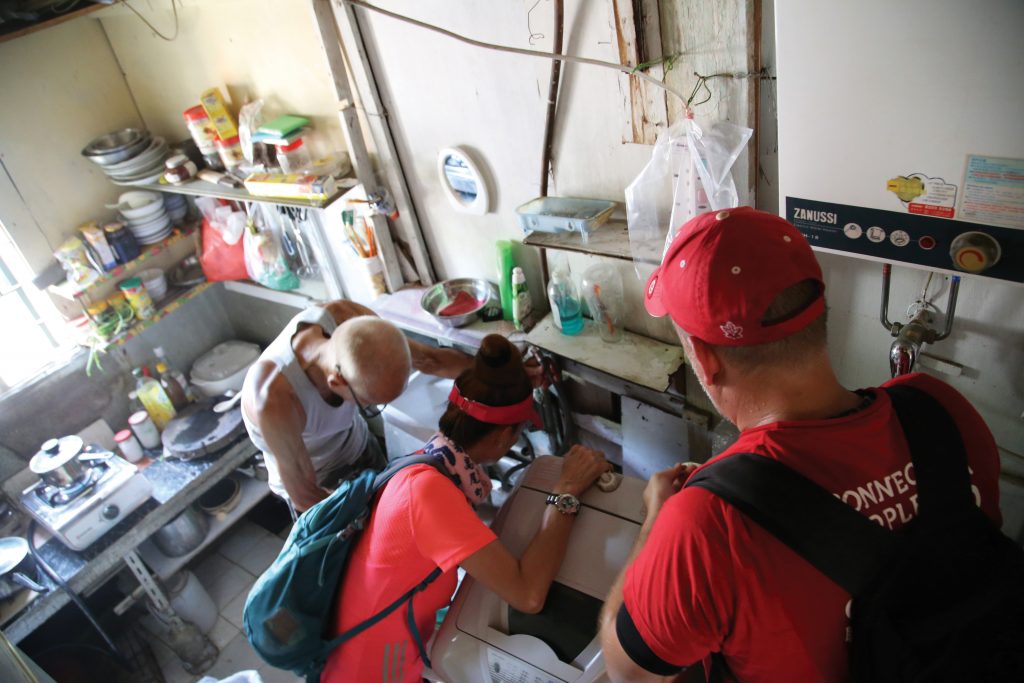 As well as Tai O, we were also pleased to support Kar Wo Lei Tsuen, a village right next door to Crossroads’ site, where people suffered storm damage to homes and possessions.

650 items in total were delivered to 400 households Tai O: 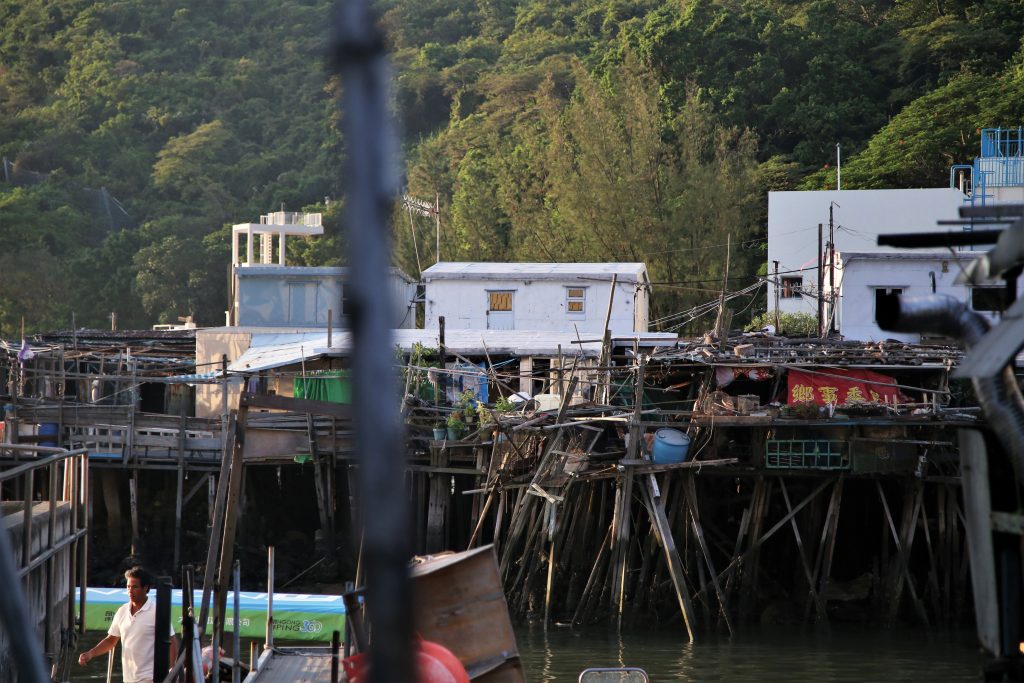 Mr Chen*, at the age of 94, has lived through his fair share of tragedy, war and economic hardship.

Nothing, however, prepared him for the devastation that followed when a fire swept through his village in Tai O, destroying the home he had built and tended all his adult life. “This was the one thing I owned, the thing I was proud of,” he told our staff when they visited.

In picturesque Tai O, the pace of life is slow and some families still depend on fishing for their livelihood. The average income for many local residents, especially elderly people like Mr Chen, is low. Where, then, was he to go? How was he to start life over?

Thankfully, Mr Chen was placed in public housing, so that, while he yet mourned the loss of his home, he could be safe and sheltered. However, we heard that Mr Chen had one critical need in his new home: a washing machine. This is a costly item, particularly for one at his age and stage of life. It is an essential for Mr Chen, though: his hands are no longer up to the task of handwashing his clothes and household items. 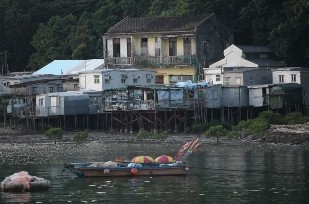 Crossroads was delighted to supply Mr Chen, and another Tai O family who had lost their home, with a washing machine that would help him on his road to rebuilding his life.

Our staff delivered it to this stoic gentleman, giving him what support we can.

Crossroads has an ongoing need for household appliances like washing machines and fans, to help people like those left homeless by the Tai O fires and families in need in Hong Kong and overseas. If you have appliances in excellent working condition, we’d love to hear from you! Visit our Donate Goods page to give. 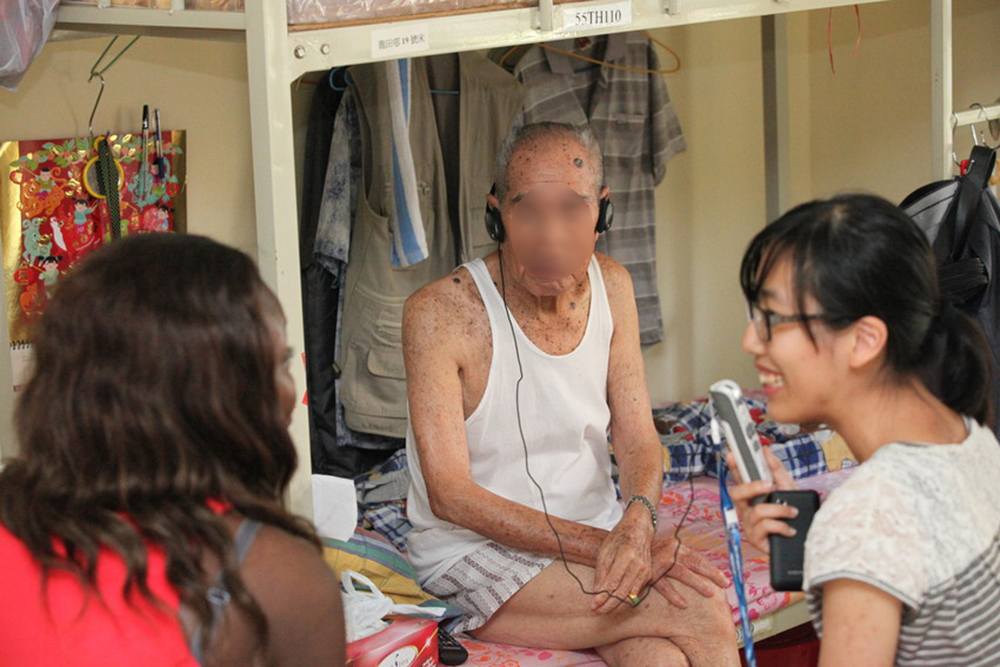