In Abel’s first year in a Romanian orphanage, the little boy cried often. Romania’s child protection services had removed Abel from his home after his father died. As a shepherd working in the countryside, his father had been absent most of the time. When he did come home, his alcoholic rages were so terrifying that Abel would run away to a neighbour’s house until he had left once again. His mother, also an alcoholic, was deemed unfit to care for him.

Although he had been neglected and abused, 8-year-old Abel missed his home. The loving staff at his orphanage didn’t blame Abel when he behaved badly that first year. “‘It’s really difficult for a child to get out of a family and suddenly end up in a place where they know nobody,” said Gabi, one of the orphanage carers. “It’s a traumatising event in itself for an 8 year old child to be placed in an orphanage. We try to talk with them as much as possible and to show as much love as we can.”

Abel is one of 98 children who have been given a second chance at life by this orphanage, who has requested a shipment from Crossroads to support their work. Despite living in an orphanage, most of the children have one or both parents still living, but for various reasons they weren’t able to care for them. “Where possible we try to stay in touch with their families, so they can visit the orphanage,” said Gabi, who acts as mentor to the children. “Sometimes this works out really well, so the children can go back to their families. But most of the time, the parents are facing such big problems it just doesn’t work. In that case they will stay with us. They will make new friends, go to school and they will be capable of starting their own life, hopefully without getting into the same problems their parents had. If that happens, I’m really satisfied and feel proud that I have been able to guide a child, from a hopeless and miserable position, into an adult who is feeling self-confident enough to decide about his own life.”

This summer, Crossroads staff visited the orphanage to hear their needs and meet the staff and children. They saw children who looked like regular, happy kids from the outside, but with a deep longing behind their eyes, revealing heartbreaking emotional needs. Some children were wearing shoes with holes, and we heard of bunk beds so old they collapsed underneath the children. While built on a solid foundation of love, dignity and care, the orphanage can’t afford to buy new things for the children regularly. They submitted a wish list to Crossroads of things like clothes, shoes, beds and other goods that will help them give these 98 children the kind of attention, care and love that they so deserve.

Our staff spoke with the children about the goods that would soon come their way. “It’s a container of love,” said Crossroads’ representative Joel, “filled by people who do care for you. Even if they are on the other side of the world.” 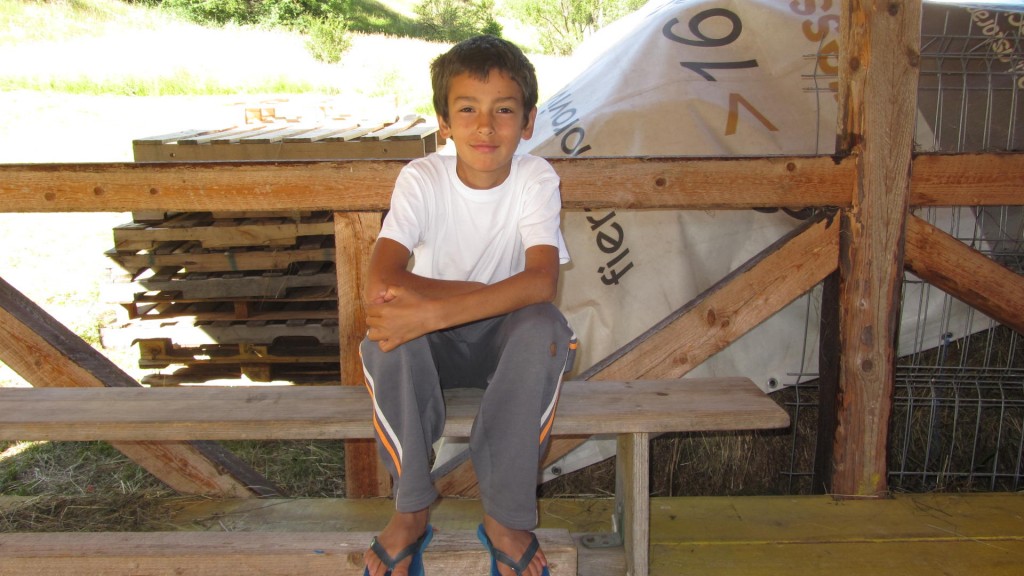 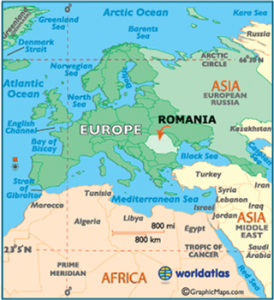 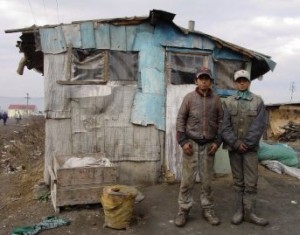 The last 25 years have been a difficult period for Romania.
Despite large strides, the poverty rate in Romania is still among the highest in the EU. Around 20% of the people currently live in poverty, on an income of less than US$3.50 a day. Children living on the streets, especially common amongst the marginalised Romani people (gypsies), are vulnerable to trafficking and abuse. Crossroads’ consignee runs and orphanage that is turning around the lives of street children by giving them shelter and education, and establishing food distribution centres throughout Romania. Our shipment will help them expand their services to care for 100 more children. 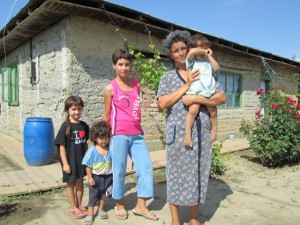 “Today we have 90 children,” writes our partner. “The fact is that all of our children are angelic and beautiful, but they did not arrive that way. At first they are frightened, distrustful, undernourished, and covered with lice and internal parasites. Many of the new children have lived such difficult lives that they barely even know how to play or laugh with other children. All that they know is hunger and basic survival.  Some have spent time on the streets begging daily for food or for a few coins to give to an alcoholic parent.  They are familiar with filth and being cold without a coat or shoes. Some have been beaten, and some have been abused. When you add these factors together and put it all inside of a little boy or little girl, he or she does not appear very pretty. 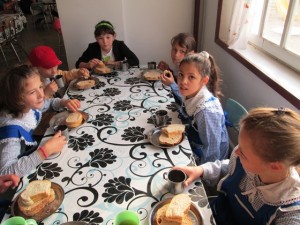 Within a few weeks or a month, their hearts begin to soften as they realize every day breakfast will be waiting for them, and also lunch, dinner, and even a mid-afternoon snack. Changes also begin to happen when they are treated for the health and parasite problems, given clean clothes, and a warm bed provided. Soon they are running in the yard and playing with the other children.’’

Crossroads’ shipment will help another 100 children in Romania to escape the streets to find shelter and a normal life. 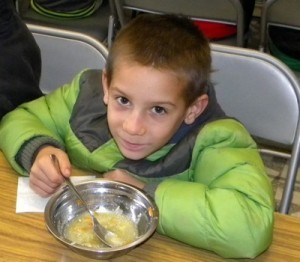