Young Heang, just  three or four months of age, did not enjoy the fun of babyhood that is the ‘norm for many little ones, the world over. He lived in a refugee camp, together with his parents, in order to escape war torn Cambodia, in the years captured, movingly, in ‘The Killing Fields’.

That was in 1980. Today, in one of life’s extraordinary ironies, Heang works with bombshells from the war, turning them into ‘peace jewellery’. There is no shortage of this raw material in Cambodia, with its tragic legacy of shells littering the landscape and, where unexploded, still claiming lives.

Heang works as a metalsmith for Rajana Crafts, a Fair Trade group that teaches its people valuable skills and then employs them, ensuring a fair return on their work. He cuts, solders and polishes the once deadly metal into necklaces. Some symbolise peace, shaped into the classic ‘Peace sign’, made famous during the Vietnam war, or the ‘dove of peace’.  Some are turned into butterflies or the ‘Tree of Life’: reminders of a new start after their tragic past. Others feature the metal in its original form, shaped into small bells: its raw surface a poignant reminder of the shells’ first, deadly purpose. 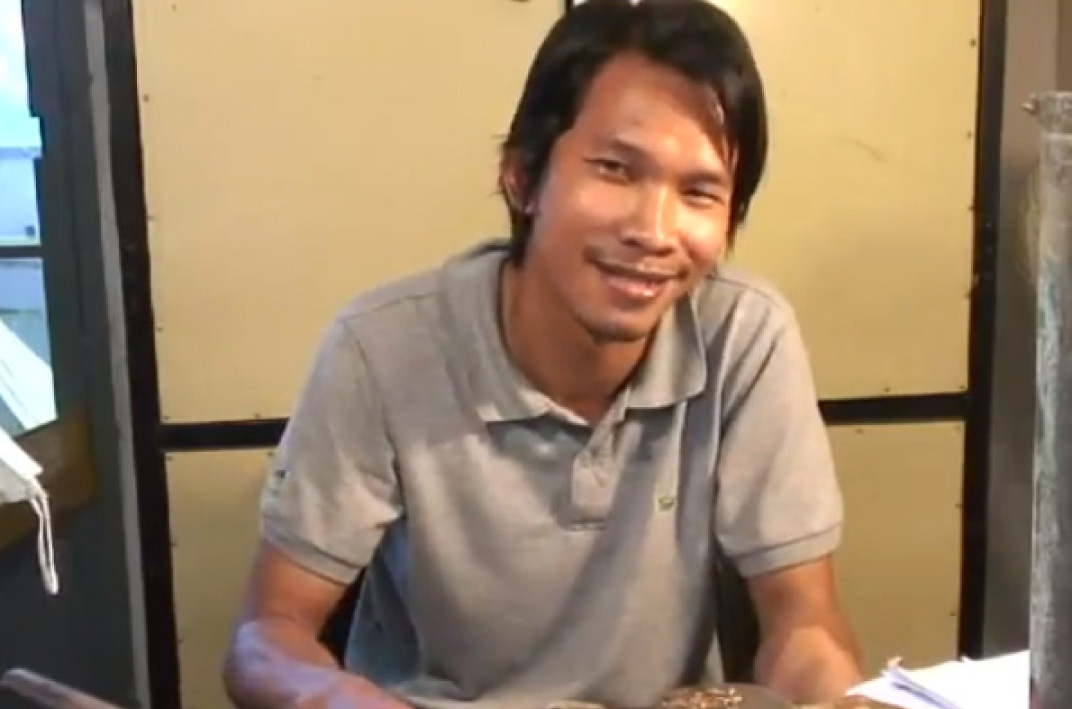 As well  as producing a powerful message,  Heang’s superb jewellery also gives him a ‘fair’ income, consistent with Rajana’s Fair Trade ethos, as he receives a salary he has never known before.  Heang’s father drove a taxi and his mother sold vegetables to support their family. Now, Heang has enough to meet the needs of his own wife and children, and to finance his BA studies.

The ancient words, ‘swords into ploughshares’, have seen life come full circle for this child of war. 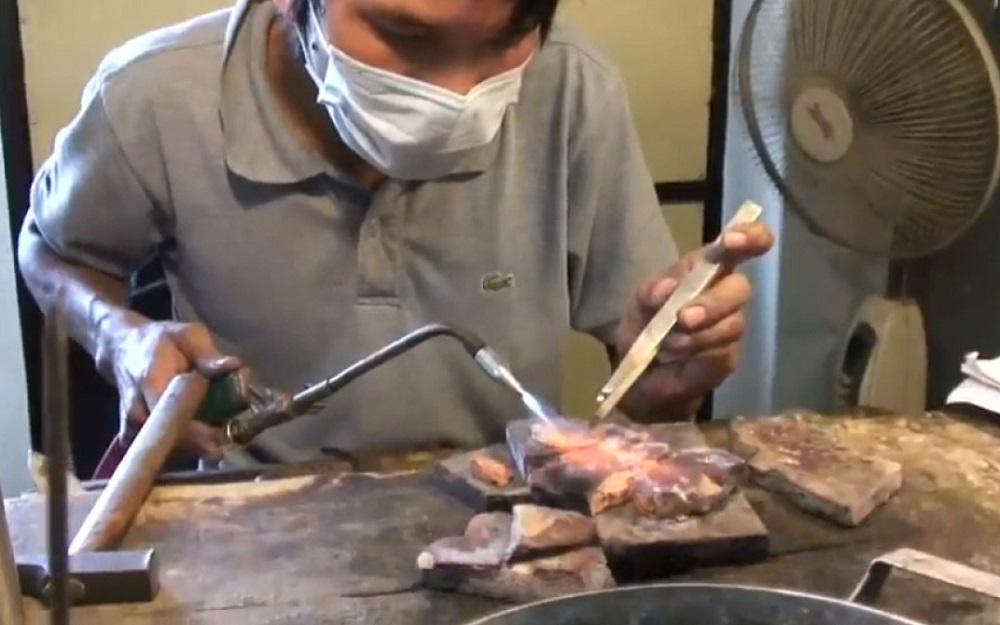