Benin: The multiplier effect in action outside 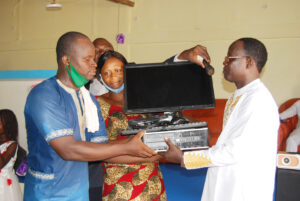 Outside Benin’s bustling major cities, opportunity can be hard to come by. Take Moise, a young man in a remote village with a dream to open a community IT centre. His goal was for this to be a place where young people who’ve never touched a computer could access the Internet for the first time. [no new paragraph] He also wanted it to empower small business owners to print documents or use software they needed. The motivated Moise brought his dream to life, building a modest IT centre with a single computer. The outdated computer didn’t last long, though, and when it broke down, Moise was back to square one. He watched his some of his newly-won customers travel to another town to use services there. He watched others, who couldn’t afford to travel, simply lose their only access to the Internet because his computer was now useless.

“Young people now have access to the internet! Women who had nothing now have the equipment to start businesses.”

When we shipped goods to our partners in Benin, they used them as a capital investment for young people like Moise. They set Moise up again and are now walking with him in his small business goals. Moise said, “Thanks to this, the whole village now has access to the services of our centre. Young girls and boys are learning how to use computers!”

We’ve told Moise’s story to give a close-up picture. Zooming out, though, the entire shipment to Benin is itself a case-study of the multiplication effect we see when goods bring strategic change to communities in need.

The 2020-21 period was a challenging one for our international shipments, but we’re incredibly grateful for the volunteers, goods donors, shipping sponsors and financial donors who made it possible for us to ship where we could and continue that magical multiplying effect that poor communities need so desperately.

We often talk about the Crossroads equation, where donated items can multiply in the lives of many others. The Benin shipment is one more shipment that demonstrates it! That’s the reason we love this work, and your support of it! 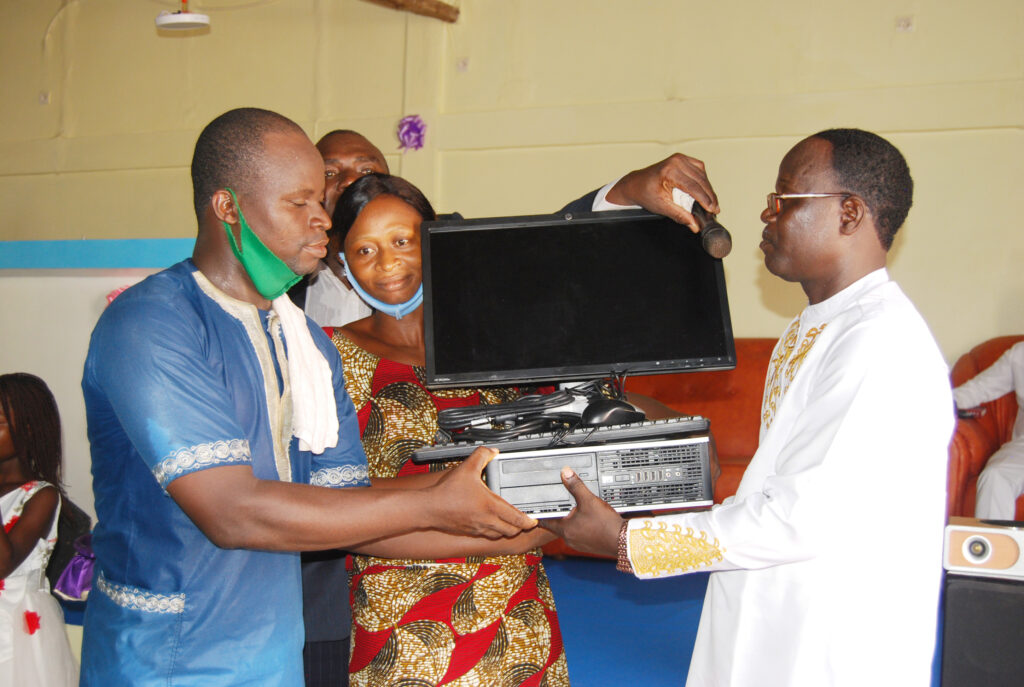