Sally Begbie, co-founder of Crossroads, was selected by AmCham as the Non-profit Leader of the Year 2018 at the 15th Women of Influence Conference and Awards today.

Her husband, Malcolm writes: “Her acceptance speech was precious, accepting on behalf of a 6 year old, ‘Fatima’, a horrendously abused and consequentially traumatised resident of a refugee camp in Greece. The camp was described by the BBC as the ‘worst refugee camp in the world’. The speech drew much warm response. Sal expressed her thanks that an award such as this would be of great help in extending reach to some of the ‘Fatima’s of the world and the millions of families and others in need.  “If a woman such as Fatima’s mother could stand before you today,” she said, “she would thank you as Women of Influence for this gift which helps support those with little influence, those who are among the world’s most disempowered. You have given them, and us, a great gift today. Thank you.” 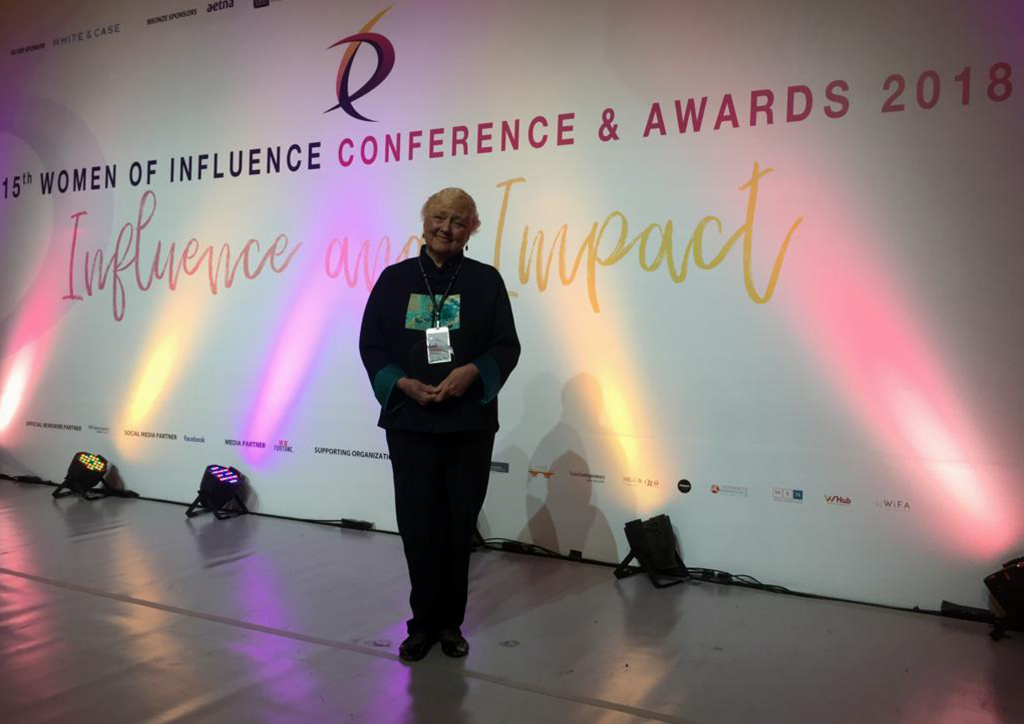