The Refugee All Stars, recorded by record label Epitaph Europe B.V., began with a group of six musicians who lived in Sierra Leone’s capital, Freetown, during the era of the country’s horrifying civil war. In a rebel campaign named ‘Operation Kill Every Living Thing’, soldiers descended on Freetown and caused a panicked mass exodus, with thousands of civilians fleeing the region, and ending up in refugee camps in neighbouring countries. It was in one of these camps that the six musicians found each other and began singing songs of hope, pain and freedom for their fellow refugees. Today the group has returned to Freetown, recorded CDs, been the subject of an internationally-acclaimed documentary, and joined hands with many other musicians, still advocating for refugee issues through their uplifting, buoyant songs that speak the African refugee story. 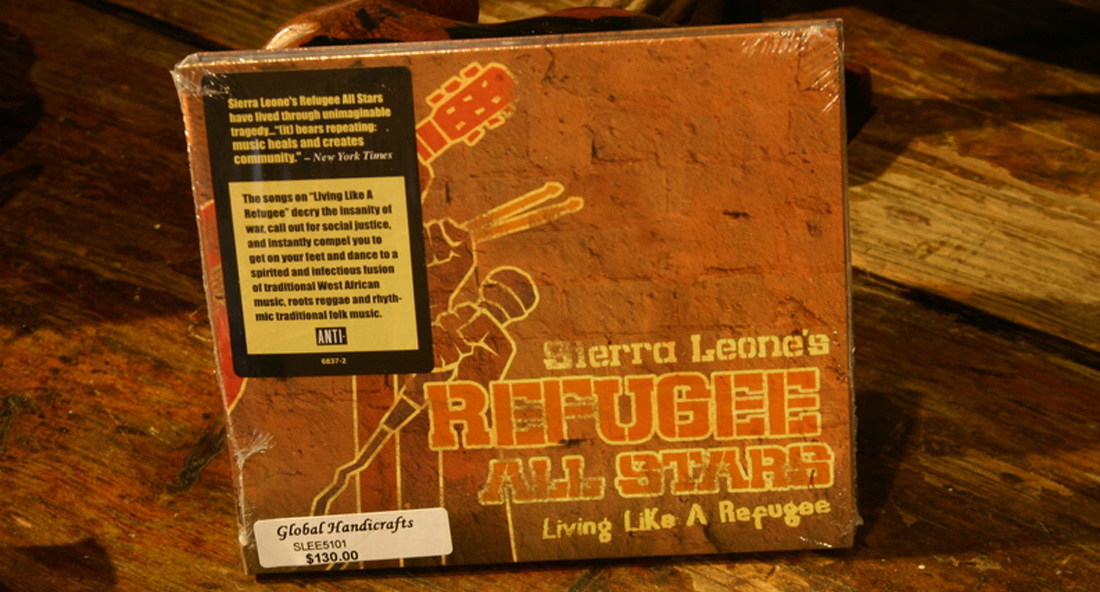