Meiman, of China, knows the meaning of fair trade first hand. For almost a year, Meiman worked in a large factory far away from her hometown. The hours were long and after eight months she started to suffer serious health problems. It was then that Meiman knew she wanted to go back to the job she had held before: working as a seamstress for China Ethnic Crafts, a small handicrafts enterprise in Hunan.

“They not only took me back and welcomed me,”said Meiman, “they were also willing to adjust my work duties to help with my health issues.” 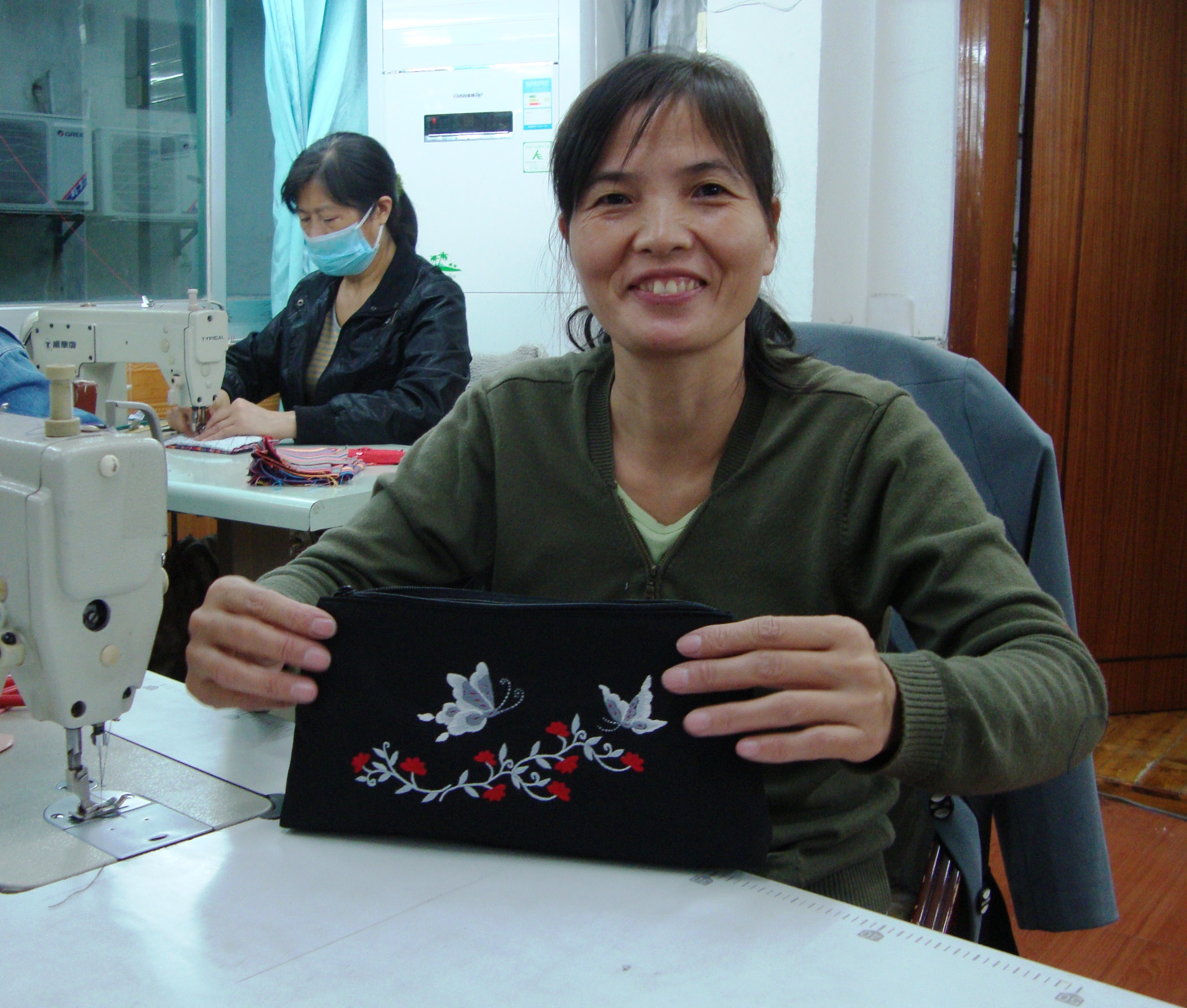 Many of the ethnic minority women employed with China Ethnic Crafts have similar stories to tell.

Meiman’s co-worker Ying Xiang says, “If there was no embroidery work for me to do here, the only other option I would have to earn money would be to go sit outside all day and shine shoes.”

The beautiful designs sewn by Meiman and her friends echo the traditional bright embroidery that Miao women have been sewing for centuries. Now, those same skills can be turned into a fair job in a safe environment and a steady income to support their families.

We have the adorable embroidered coin purses made by Meiman and her colleagues available online, with more products from China Ethnic Crafts to be found in-store! 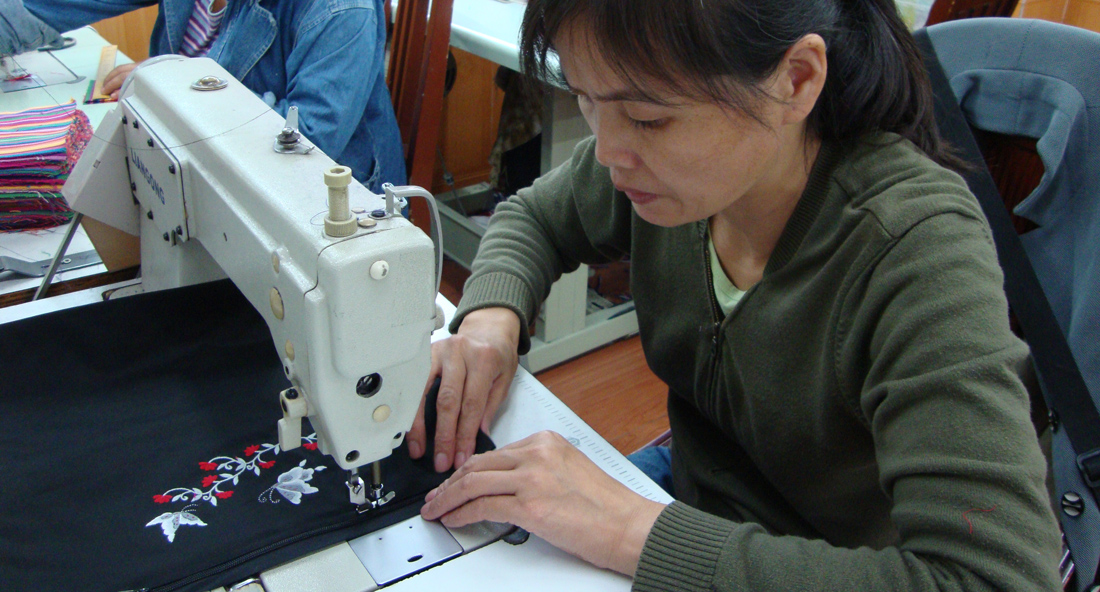