Azada was 14 years old when her father asked her to marry one of her cousins, hoping, as is common in some forms of Islam, that a husband who is a relative would treat her better than one who is a ‘stranger’.

It wasn’t the case. Azada’s husband mistreated and abused her. She had two daughters with him, and wondered how she’d ever be able to escape his cruelty. Finally her father agreed she should divorce, and she lived with him in Pakistan, performing difficult and low-paying labor to survive, until the Taliban fell in 2001.

Upon her return to Afghanistan’s capital Kabul with her family, Azada found a place that could help her rediscover her dignity and independence – Women for Women International. It’s an organisation that provides women survivors of war, civil strife and other conflict with the tools and resources to move from crisis and poverty to stability and self-sufficiency. As they like to put it, “We’re changing the world one woman at a time”!

Azada enrolled in Women for Women International’s sponsorship program and learned to cut semi-precious stones for jewelry. Now she teaches other women the skills she acquired with Women for Women International. Her most prized possession is her certificate of employment. “I never thought that I would have the opportunity to support myself without a man,” Azada says. “Now… I am doing it!”

Global Handicrafts stocks some of the necklaces and earrings made by the women employed with Women for Women in Afghanistan. With lustrous fluorite, they showcase Afghanistan’s rich history of cutting natural precious stones into fine jewelry, while providing a solid source of income with which women like Azada can support themselves.

This Women’s Week, we applaud organisations like Women for Women for the outstanding work they do empowering those women who were once powerless! 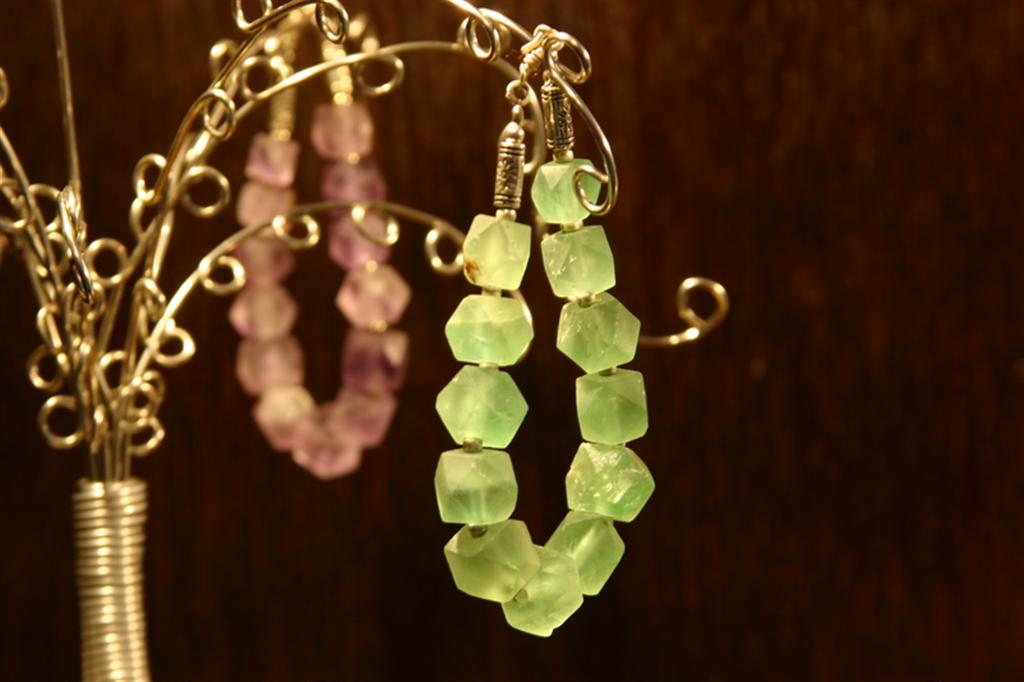