» » Global Distribution » Northern Uganda: The War No One Spoke Of

Northern Uganda: The War No One Spoke Of

At the time, it was the war no one spoke of. The United Nations described it as the most neglected disaster in the world. Northern Uganda: a place where a nightmare was played out, largely unnoticed by the rest of humanity, for twenty years.

Lord’s Resistance Army rebels, led by the infamous Joseph Kony, would enter villages, often at night, to abduct children as child soldiers or rebel ‘brides’. Some were as young as 7. Children were often forced to kill siblings or parents: a strategy designed to make them feel too guilty to escape the rebels and sneak back home. Those who resisted the LRA were usually shot.

The abducted children often spent years in the bush. There they were taught to pillage, torture, cannabilise and kill. It was normal for ears and lips to be cut off, as a threat to any who would ‘talk’. Children were traded with neighbouring countries for ammunition. Others became cannon fodder, some as young as 4, since young children, in these skirmishes, are not necessarily issued weapons.

Crossroads shipped, year after year, to this location supporting work among these young lives. When our team visited, they were told “Take a good look round. Everything you see came from Crossroads.” They saw tables, chairs, beds, sheets, shoes, clothes, educational supplies, cupboards, cabinets, computers for the educational system and equipment for vocational training.

The children’s favourite was a surprise to us all. One of the key leaders in the area, David Livingstone, asked us if we had any playground equipment “because counsellors advise us that the children of war need to ‘learn how to be kids’ again.” The very week he asked, we received an offer from an international school in Hong Kong offering, amazingly, a brand new set of swings, slides and climbing equipment, worth US$20,000. Once in Uganda, it was used from sun up to sun down.

The clothing we provided was, they said, “probably the only clothing they own” and the warm lunch, cooked on our donated cookware “the only meal they eat per day.”

The impact of our shipments continues to this day. Even the containers we sent were kept and used as extra classrooms, with a roof between them providing even more classroom space.

Twenty years on, the rebels have now gone but the work continues as does the pain in the area. David says that hitting ‘re-start’ for a community so utterly beleagured, is exceedingly hard. Unemployment has been at 99% and the division and struggle, after people in this community have spent years fighting each other, is difficult to heal. 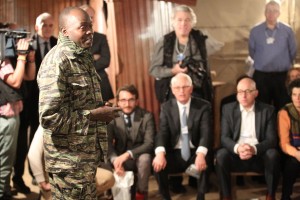 David himself has broadened his work to include agriculture, small businesses to help families and communities re-start. He has also opened up medical work to battle a new illness, the infamous Nodding’s Disease, which is claiming the lives of their children in the post war era. He joins us at the World Economic Forum when we take the Refugee Run there as we seek to keep this desperate part of the world before world leaders who can help.

It is our goal, at Crossroads, to invest for life. Our partnership in Northern Uganda is one example of many we celebrate in this our anniversary year. 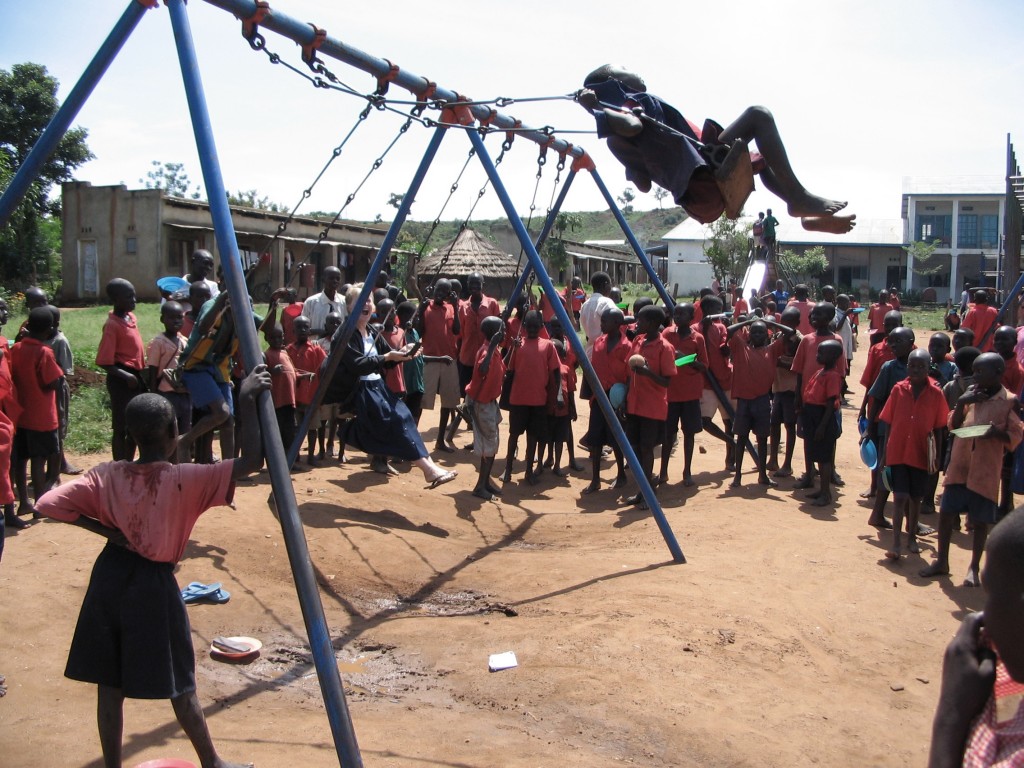