In 2012, Crossroads’ founders Malcolm and Sally Begbie were recognised with one of Australia’s highest civilian honours: Officers of the Order of Australia. 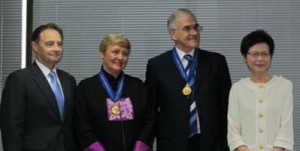 On the 24th October 2012, Australia’s Consul-General to Hong Kong and Macau, Paul Tighe, made the formal presentation of the awards in a ceremony witnessed by family and friends, including the Chief Secretary for Administration of the Hong Kong SAR, Mrs Carrie Lam.

Appointments to the Order of Australia confer Australia’s highest recognition for outstanding achievement and service. Australian citizens Malcolm and Sally were honoured for:

“distinguished service to the international community in the provision of humanitarian relief, particularly through Crossroads Foundation, and as a significant contributor to United Nations efforts to connect business organisations with those in need.”

Asked to comment, Malcolm and Sally said, “We are very deeply grateful for these awards. Yet we must say we feel unworthy of them.

“Firstly, anything ‘we’ have done has happened only because the two of us are surrounded by a magnificent, dedicated team in Crossroads: people who pour massive effort into helping a world in need. So the real ‘we’ in this scenario is that broader, wonderful group of colleagues. It also includes magnificent support of the Government of the HKSAR.

“Secondly, while we do all we can to address global need, we know that even the best we can do will make only a small dent in it. We are painfully aware of the millions who, tonight, will go to sleep hungry, sick, abused, homeless, under-educated and vulnerable. In comparison to the magnitude of unmet need, we don’t feel we deserve so wonderful an award.” 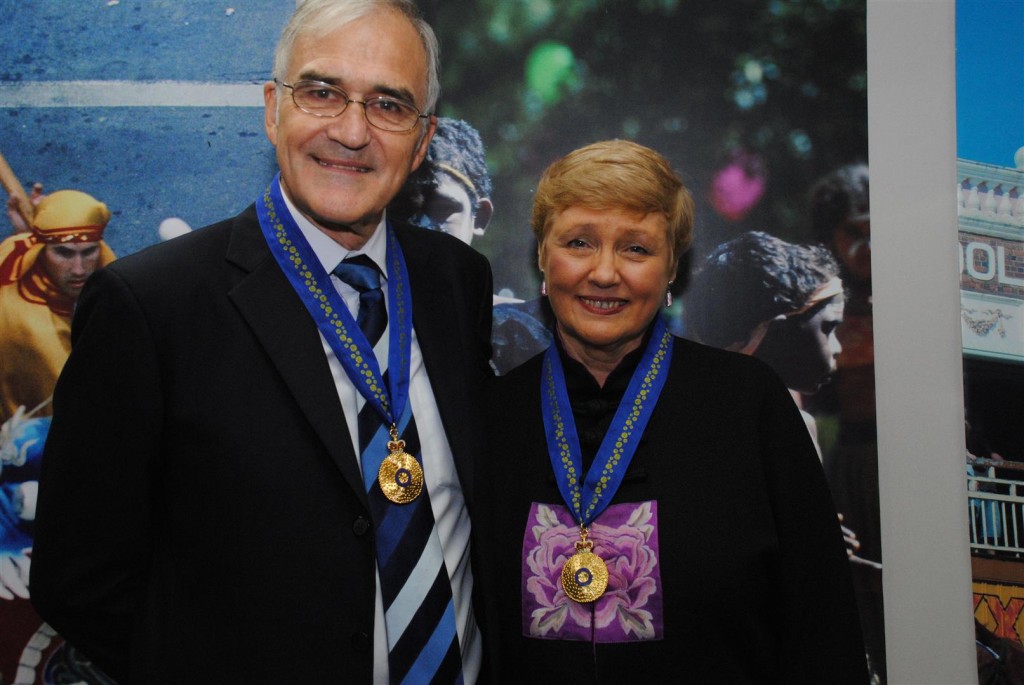