One of our Global X-perience participants has become a strategic partner in helping Nepal’s earthquake victims re-start their lives.

When Pankaj from Nepal took part in our Struggle for Survival X-perience back in 2010, he wasn’t expecting to learn much. “I remember telling myself this is for people who have lived all their life in a developed country. As I had seen poverty every day, I assumed I could empathise. I could not have been more wrong.”

The x-perience began to impact Pankaj, when, along with the group, he took on the persona of a slum-dweller. He had no option but to force his ‘children’ to work, and was confronted with the decision to ‘sell’ those children to survive. By the end, his empathy had deepened and, he said, his priorities changed.

Pankaj has since returned to his home country of Nepal. “I understood poverty as a web that traps one,” he says. “So I co-founded a start-up NGO, the Institute for Suitable Action for Prosperity (ISAP), working to economically empower resource-poor people through entrepreneurship and a market based approach. We aim to provide stepping stones to help them climb out of poverty.”

Crossroads is not the only reason Pankaj begun his non-profit work, but he says it “did provide me the impetus to do more and guide me how I do work. Whenever I am designing programmes, I constantly relate to the poverty simulation and try to visualise how such a programme would help me if I was making paper bags for a living.”

When the first Nepal quake struck, Pankaj reached out to Crossroads for help. His NGO, ISAP, has been responding rapidly to the need in neighbouring villages in the Dhading district in Nepal. Thanks to our donors, we have been able to assist ISAP with finances, which they have used to provide transitional shelters and relief materials along with assistance in the planned re-construction of homes better equipped to combat disasters. 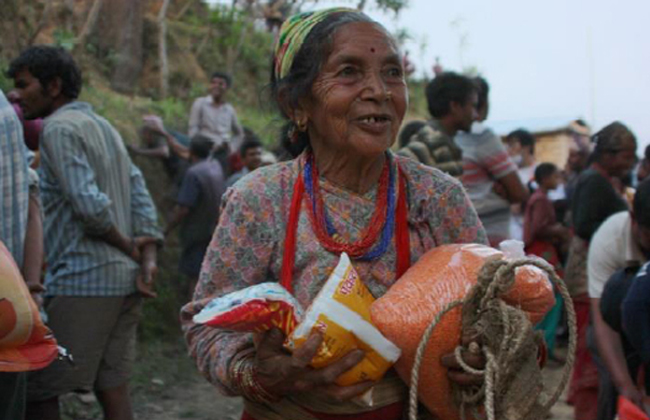