Musa, just nine years old, has cerebral palsy and spends his life in a wheelchair. The little boy lives in rural Sierra Leone, a nation where the average person can expect to live to around 48 years of age. Musa’s short life began with trauma. His mother was seriously sick during her pregnancy, and suffered a bad fall, with her growing belly taking the weight of the fall. A short time later, Musa was born prematurely, in a difficult birth, which doctors believe could have caused his brain damage.

Following Sierra Leone’s devastating war, hundreds of thousands of people in the nation were left with no proper housing. Musa’s family – himself, his brother, his two sisters and his mother, a widow – live in a single room mud dwelling where, until recently, Musa was hardly given any attention because of his disabilities. His mother plants and sells vegetables from which she feeds and takes care of the welfare of her children, but it is a pitifully meager income for a family with special needs such as Musa’s.

While Musa’s body is disabled, his mind is as active as any other child. In normal circumstances, a child in rural Sierra Leone living in such poverty would have no hope of going to school. He may have no hope of a proper wheelchair, instead, forced to crawl around or move on a board with wheels. Instead, Musa’s family was taken on by a non-profit organisation that works in his area. They help families like Musa to send their children to school, learn about hygiene, HIV/Aids prevention, proper nutrition, and even build houses for those who have no shelter, and toilets in communities that previously had unsanitary, disease-ridden facilities.

The organisation now provides financial support for Musa’s education, medication, rehabilitation and other social needs. The difference in the little boy’s future simply cannot be measured. His family see him with a new respect, thanks to the care and training from staff workers. After Musa completes his education, they want to see him trained in job skills, that will let him contribute to the family income and his community. He has been given a chance at a normal life that his family could never have afforded on their own, and it’s a story that is repeated over and over again in Sierra Leone because of the work of this organisation.

The organisation has asked us for a container of goods that will let them help more families like Musa’s. They want to expand their work, to serve more communities and in different ways. The kinds of goods that Crossroads is preparing to send them will help almost every section of their work – preschool, primary school and high school educational supplies, their work with health clinics, their administration offices, and their programs training young people to be community educators themselves. 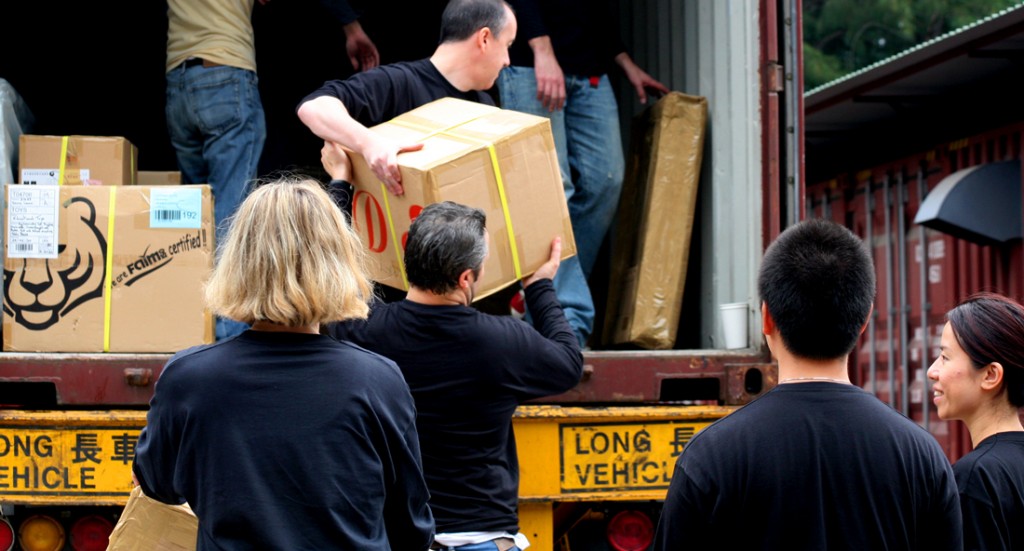