The conflict in Syria continues to devastate lives and communities, with thousands of people still displaced and living in flimsy tents and temporary homes. According to the UN refugee agency, there are 13.5 million displaced Syrians–more than half the population.

We’ve shipped several times to a partner inside Syria who shares desperately needed goods with both displaced people and impoverished communities who are hosting the displaced. These partners spoke of how urgent the needs were when they distributed the most recent batch of goods from our latest shipment.

“Mama, I told you we haven’t been forgotten.”  A child, receiving toys from the shipment

“This is a very poor area where displaced people are living in tents. They have urgent needs for clothes, shoes, food and medical care.” The adults receiving goods were most interested in meeting those most desperate needs. One woman, after receiving clothes and household goods said, “finally, because of what you’ve brought us, I can get married.” She and her betrothed had been lacking even the basics they wanted to be able to marry and set up house.

The kids, though, had other ideas about their most desperate needs. When one little boy received toys, along with some shoes, he ran to his mother crying, “Mama, I told you we haven’t been forgotten!” Another was so excited to receive a toy that he said he felt like he was in a dream.  One father of five, Ahmed, had pulled his children out of school because he couldn’t provide them with bags, stationery, or clothes. When he received these things from the shipment, he said he considered it a sign that it was time to re-enrol his children into school.

Clothing (above) and other goods from the shipment are helping displaced families care for their children’s most basic needs. 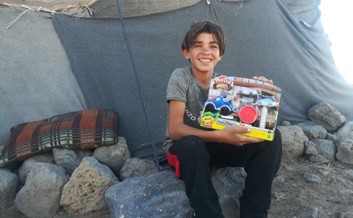 (Toy donation) Toys from the shipment brought joy to hundreds of children, many of whom had never held a new toy. 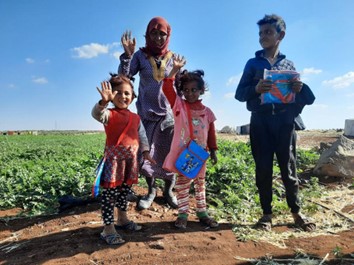 Crossroads’ partners allocated toys and educational equipment, school furniture, clothes and kitchenware to a school for displaced children. The school equipment and supplies have moved some parents to re-enrol their children in school as they now wo well-equipped say our partners. 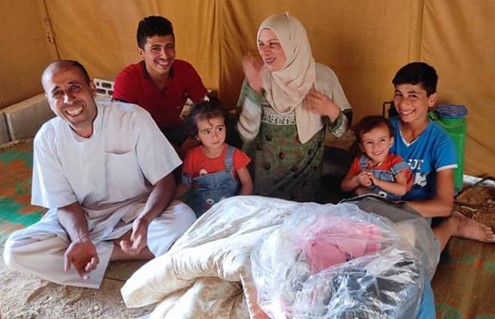 According to our partners in Syria, more than 4,000 people benefited from the toys, shoes, bedding, and medicals beds included in the the shipment.

We are so grateful to all who contributed to this shipment, helping show displaced people in Syria that they aren’t forgotten. 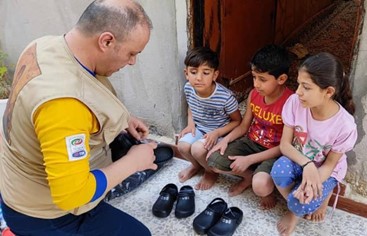