At 22, Musharif should have been excited about a life ahead of him, but he felt he was going nowhere. His family had tried to survive on his father’s minimal salary as a rickshaw driver. They lived in a poor part of Pune, India, where Musharif dropped out of school early and started earning a minimal income in a mechanic’s workshop.

While Musharif was feeling trapped in Pune, an investment company, in a nearby part of India, had 27 computers to get rid of, some of them very high-end. They reached out to Global Hand, and we helped match them to NGO, Saahasee, which serves the poor in India, including Pune. Saahasee used these superb computers to help set up a computer school that now offers high quality training at very low cost. It was here that Global Hand’s story met Musharif’s. A friend told him of the course. He enrolled and did so well that he was offered a job in a tech company, became team leader, received a pay rise within four months.

“I sincerely believe that the IT school has changed my life completely,” he says.

We love Musharif’s story: one small opportunity, driven by one company’s decision not to trash their computers, can be the key to breaking the poverty cycle for a grassroots family.

The computer school continues to thrive, offering training to young and old as they prepare for a life which requires technical skills. (see main photo below) 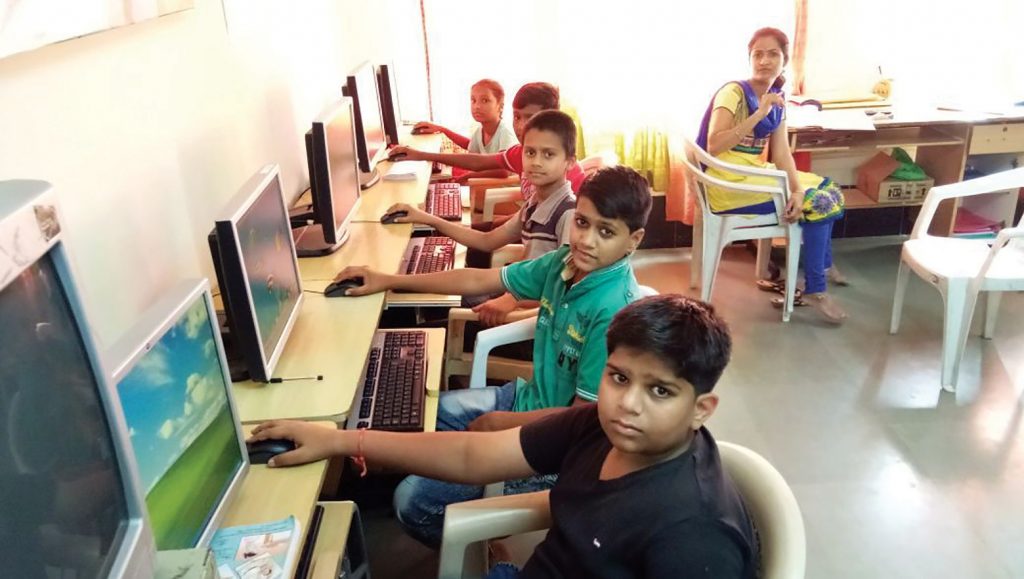