“No plan B because there is no planet b!”

Ban Ki-moon put it best. “We don’t have a plan B because there is no planet B.” The former chief of the United Nations was talking about mankind’s need to transform the world. Where, though, should the human race begin? We are surrounded by hurting people on a hurting planet. Which priorities should we follow? What goals should we target?

The United Nations gathered its 193 countries to discuss this, along with NGOs, companies, academics and other experts. 2015 had marked the completion of the Millennium Development Goals and the world wanted a further set to serve as lodestars, going forward. After 18 months, they came up with 17 global goals for the world to address by 2030. They call them the Sustainable Development Goals: the SDGs.

Through Crossroads’ Global Hand service, our IT team continued to partner with the UN through further iterations of a website that brings them all together: www.business.un.org

On September 24th, 2015, the day the SDGs were launched, the revised website was launched as well. That marked our tenth year of partnership with the UN on this project.

During the current period, we saw a wide range of corporate engagement through this website’s varying services.

During the year, 36 major corporate commitments were published toward fulfilling the SDGs. Examples include companies from the following sectors:

As the world grapples with a refugee challenge of unprecedented size and scope, companies used the website to make pledges in response. During this period 38 significant pledges were published totaling an estimated US$22 million. Following are a few examples.

During this period, 36 corporate projects were posted on the UN site. The postings detail the project’s vision and objectives and, while each stands alone, they also invite other organisatons to partner or collaborate in the fulfilment of their objectives. The estimated expenditure for the year is over US$30 million. There is a massive range of projects and objectives, representing many sectors of society. Here is a sampling.

Our team developed a new iteration of business.un.org to incorporate the Sustainable Development Goals. Matthew Gow, Crossroads’ Director of Strategy, managed the project, along with earlier iterations, and represented Crossroads at the UN Global Compact’s 2016 summit. 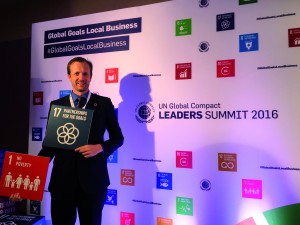 Poverty and environmental degradation are tragically linked. Several of the SDGs relate directly to environmental sustainability. 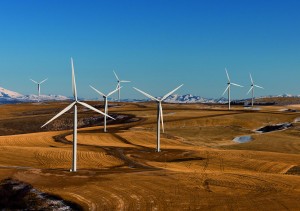 What do we offer companies at crossroads?

Email enquiries@crossroads.org.hk to get connected!